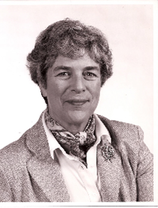 Memorial Candle Tribute From
Hall's of Waldoboro
"We are honored to provide this Book of Memories to the family."
View full message >>>
In Memory of
Virginia Inness-Brown
"Ginny"
Conn
1927 - 2011
Menu
Send Flowers 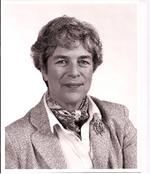 Virginia Inness-Brown Conn died peacefully at home in East Boothbay, Maine on Monday, October 17, 2011. She was 84.

Although she grew up in Plandome, Mrs. Conn spent most of her childhood summers in Maine where she learned to cook at her grandmother's knee and served shore dinners at her uncle Robert Royall's restaurant and lobster pound on Little River.

She was educated at Warrenton Country Day School in Warrenton, Virginia and Smith College. She married Robert Henry Conn on July 6, 1946. Thus began a long and colorful career as a Navy wife and writer. While raising five children, Mrs. Conn was a reporter, City Editor and columnist for the Sanford Herald, Sanford, Florida, Editor and columnist of the Brighton Pittsford Post, Rochester, New York, syndicated columnist for several upstate New York newspapers, a writer and editor of various Navy publications with the Navy Office of Information, assistant editor of NAVY, the monthly magazine of the Navy League, Washington D.C., and a public affairs specialist for the David Taylor Naval Research and Development Center in Carderock, Maryland, where she wrote, directed and produced more than 60 documentary and technical films. She won several industry awards for the films she produced. In 1985 she was invited to be ship’s sponsor for the USS Key West (SSN722). She retired on December 30, 1989, first to the home she and Bob built in Kilmarnock, Virginia and then to her childhood home (Ocean Harbor) on Little River in East Boothbay in 1999.

In Kilmarnock, she served on the board of The Lancaster Community Library, started the Northern Neck recycling program and the Dividing Creek Association, an environmental watch group. Locally, she was known for her entertaining correspondent columns for the Boothbay Register, serving as a weekly columnist for both the Boothbay Harbor Yacht Club as well as for East Boothbay. She was an active volunteer for the Coastal Maine Botanical Gardens, Boothbay Region Land Trust and served on the Board of Trustees of the Boothbay Region YMCA and the Congregational Church. She enjoyed writing, sailing, bridge, cooking, reading, photography and most of all- a good party.

In lieu of flowers, contributions may be made in her name to:

You are invited to share your condolences, photos and memories with the Conn family by visiting their Book of Memories at www.hallfuneralhomes.com


Arrangements are under the care of Simmons, Harrington & Hall Funeral Home, Boothbay.