We're sorry but the candle you have selected is currenty in the process of being purchased or has just recently been purchased.

Please feel free to select another candle or check back in 15 minutes to see if the candle you have selected has been released for purchase.

We're sorry but there are no candles available for lighting.

You have already begun a candle purchase session. If you would like to continue with your current candle choice please click "Continue" otherwise please click "Select Another".

In Memory of
Ralph Stacey
BURCKES
1923 - 2015
Click above to light a memorial candle.

The lighting of a Memorial Candle not only provides a gesture of sympathy and support to the immediate family during their time of need but also provides the gift of extending the Book of Memories for future generations.

In the event that there is an error
in the information presented,
please contact the funeral
home by clicking here. 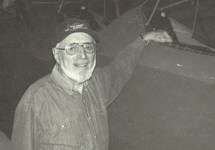 Ralph “Stacey” Burckes, 92, of Cushing, Maine passed away peacefully on Friday, May 15, 2015. He was born on January 23, 1923 in Lynn, Mass.to Ralph and Elizabeth (Holmes) Burckes.
Stace graduated from Swampscott High School in Swampscott, Mass. In 1940. He immediately enlisted in the U.S. Army Air Corps as a pilot during WWII. He was a member of the Air Force’s 837th Squadron, 487th Bomber Group. His B-24 was shot down on May 28, 1944 over Belgium where he was rescued and hidden by the resistance. Eventually being captured by the Germans, he remained a POW until his camp, Luft Stalag One, was liberated in May of 1945.
Upon returning from the war, Stace married his high school sweetheart, Phyllis Woodfin, on July 1, 1945.in Marblehead, Mass. He then attended Middlebury College and Boston University where he graduated with a degree in Physics. He later earned a Master’s Degree from Clarkson College. Stace was a teacher for many years .His teaching career included Boston University, Kimball Union Academy, Shead High School in Eastport, Me. And Old Orchard Beach High School in OOB Maine.
Stace loved the water and was an avid sailor. While in Old Orchard Beach he owned a charter boat out of Kennebunkport . He and his wife Phyllis then moved to the mid-coast area where he was co-owner of the Saltwater Farm Campground in Cushing. He loved his many duties puttering in the campground. Stace also volunteered at the Owls Head Transportation Museum where he enjoyed working on the airplanes. For many years he was involved with the VFW in Friendship.
He and Phyllis loved to travel and were able to take many trips abroad. One of the trips that they both held dear was a trip to Belgium where he revisited many of the people involved in his rescue after his plane was shot down, and many of the sites where he was hiding with the Belgian Resistance before his capture.
Stace was preceded in death by his loving wife Phyllis of 70 years; brother Jack, and son-in-law Stephen Banas. Survivors include daughters Linda Jennings and husband Bruce of Cushing, ME , Christine Burckes of Cushing, ME, Granddaughters Stacey Souza and her husband Todd of Wiscasset, ME and Randy Swormstedt and her husband Jim of Laconia, NH, Grandson Nicholas and his wife Emily of Lempster, NH, Great grandchildren Sidney, Sofia, JD, Lily, Olive, Cyder, and Fern.
The family would like to thank the outstanding, caring staffs at Woodlands, Sussman House, and Hospice of Togas VA Hospital for their compassion and professionalism towards Stace.
A private family service will be held at a later date.
Memorials in Stace’s name can be made to The Owl’s Head Transportation Museum, P.O. Box 277, Owls Head, ME 04854
Hall’s of Thomaston has care of the arrangements. To extend online condolences, light a candle for Stace, or to share a story or picture, visit their book of memories at www.hallfuneralhomes.

This Book of Memories brings those affected by loss together by encouraging communication and self-expression. By giving friends and family a special place to tell their stories and express their feelings of loss, it helps them care for one another during a very difficult time. Click on any of the links to the right to access features or information within this memorial website.

52 Weeks of Support
It's hard to know what to say when your loved ones experience loss. Our weekly newsletter provides insights, quotes and messages on how to provide help during the first year.