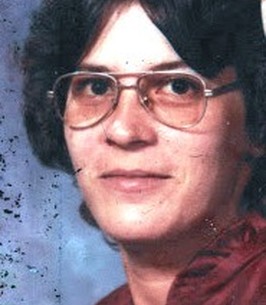 Memorial Candles Lit for Lida | SEE ALL
Light a Candle
"We are honored to provide this Book of Memories to the family."
— Hall's of Waldoboro
Funeral Details Memory Wall Photos & Videos Send Flowers

Print
Lida Emily Upham, 66, died November 21st at the Sussman House in Rockport. Lida was born on July 6, 1952 in Damariscotta to Paulina Chickering and Frank Williams. She and her brothers were adopted by Robert Winslow when they were young changing their last name to Winslow.

Lida attended local schools in Warren and Medomak Valley High School in Waldoboro. She met Albion Upham in 1968, and they got married in 1969. Lida was a dedicated mother and homemaker taking care of her family.

She was predeceased by her son Peter Upham and brother David Winslow.

Per Lida’s wishes, there will not be any services.

Arrangements are entrusted to the Hall Funeral Home and Cremation Service, 949 Main St. Waldoboro, ME.

We encourage you to share any memorable photos or stories about Lida. All tributes placed on and purchased through this memorial website will remain on in perpetuity for future generations.

Provide comfort for the family of Lida Emily Upham by sending flowers.
Send Flowers
HB
On the first anniversary of Lida's passing, we want you to know that you are in our thoughts and prayers. We hope that the memories of the past give you encouragement for the future as you walk each day with your loved one in your heart. It is our privilege and honor to serve your family.

NK
I am so very grateful to have had you in my life and that you brought so much love, strength and understanding. You were family, always willing to tell it like it was, never holding back, always there and willing to listen when needed. You will be missed so very much, but the memories you have left behind will bring a smile to all who knew and loved you.
Naomi Kirkpatrick - Tuesday November 27, 2018 via Condolence Message
Share This:
1
Page 1 of 1
Share
×

Thank you for sharing!

Provide comfort for the family by sending flowers.

Or use your email:

Provide comfort for the family by sending flowers.

Connect with families at their time of loss. By subscribing to email updates, you will receive two daily updates containing all new stories, photos, candle lightings, condolences, and more.