To share your memory on the wall of Clifton Parlin, sign in using one of the following options:

Provide comfort for the family of Clifton Parlin with a meaningful gesture of sympathy.

He worked at CentralLine Pipeline, which took him all over the country. After returning home he went to work in the woods until his retirement in the mid 1990’s.

Cliff loved going to dances, watching the car races in Wiscasset, and attending car shows. He was an avid Patriots and Red Sox fan. He also enjoyed working in the woods. Cliff had a sharp wit and a way of putting things.

A funeral service will be held in the spring . Date and Time will be announced.

In lieu of flowers, donations may be made in Cliff’s name to the American Legion Post 2, Roof Fund, Commander Fred Umphrey, 7 Legion Drive, Augusta, ME 04330.

Arrangements are entrusted to Hall’s of Waldoboro. Condolences may be shared at www.hallfuneralhomes.com
Read Less

We encourage you to share your most beloved memories of Clifton here, so that the family and other loved ones can always see it. You can upload cherished photographs, or share your favorite stories, and can even comment on those shared by others.

Posted Feb 06, 2020 at 08:12am
On the first anniversary of Clifton's passing, we want you to know that you are in our thoughts and prayers. We hope that the memories of the past give you encouragement for the future as you walk each day with your loved one in your heart. It is our privilege and honor to serve your family.

Posted Feb 16, 2019 at 06:47am
My deepest sympathies to your family. May the promise found at Revelation 21:3-4 give you some comfort for your great loss.
Comment Share
Share via:
J

Posted Feb 15, 2019 at 05:57pm
Cliff was my dads uncle. Growing up i only really saw him when i went to my mimi Harriet's house. But my dad always talked about him and he was greatly loved by us all. He will be missed dearly
Comment Share
Share via:
J 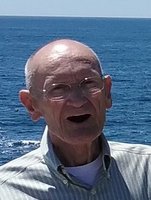