To share your memory on the wall of Leah Sample, sign in using one of the following options:

Provide comfort for the family of Leah Sample with a meaningful gesture of sympathy.

“My Life Story” begins in 1923, the year that I was born in Blue Hill – the nearest hospital to ... Read More
Leah M. Sample, 95 of Boothbay Harbor Maine, passed away peacefully surrounded by her loving family on Thursday, February 21, 2019.

“My Life Story” begins in 1923, the year that I was born in Blue Hill – the nearest hospital to our home in Brooklin Maine. I never knew my father and my mother died of pneumonia when I was just six years old. I was “raised by committee” which consisted of my strict grandmother, aunt and uncle. My early life was further complicated by the Great Depression. I had to grow up quickly but the silver lining was that I acquired a lot of managerial skills that have served me well. I graduated as valedictorian of my class from Brooklin High School at age 15.

Financially, college was not a choice so I headed to Eastern State Normal School in Castine to become a teacher. I lived with Anna Witherle, a lovely local woman from a successful Boston family who was very active in the Castine community. As a mother figure and mentor, she gentrified me and ignited my passion for community involvement.

I met my first husband, Charles Parker, while at the Normal School. Following graduation, he served in the Navy during World War II. We were fortunate to be assigned to stateside bases. We were blessed with three children: Chris, Tim and Debbie. When our marriage ended, we were living in Limestone Maine.

I met my second husband and love of my life when I visited Boothbay Harbor with friends via sailboat and we experienced engine trouble. Frank Sample of Sample’s Shipyard invited us to dinner and the rest is history. In 1956, we moved to Boothbay Harbor and Frank adopted my three young children. We blended well with his three older daughters – Sally, Liza and Susan. Together, we had one son, Linc.

Boothbay Harbor has been home for over 60 years now. During that time I made myself at home by volunteering in the community. Those managerial skills that I had learned as a young girl combined with the inspiration and example of Miss Anna gave me a skillset and mindset to make many contributions to our community – library volunteer, classroom reader at the elementary school, Girl and Boy Scout leader, president of the Garden Club, member of St. Andrews Auxiliary and Advisory Board, Congregational Church volunteer and last but not least co-founder of “Meals on Wheels” in the early 70’s. In 2014, the Boothbay Harbor Board of Selectmen honored my with the “Spirit of America” award for my many years of community service.

After Frank died in 1978, you would find me at Fisherman’s Wharf working as a desk clerk and hostess for many years. A lifelong dream was fulfilled when I received a BA in English from University of Southern Maine in 1988. Subsequently, I taught GED classes and wrote a children’s book “The Summer with Jay” which was illustrated by my son Tim and published in 2005. I developed a reputation as a “card shark” & “word-smith”.

The role that I most cherish is that of a mother. I hope that my children have enjoyed the ride as much as I have.

We encourage you to share your most beloved memories of Leah here, so that the family and other loved ones can always see it. You can upload cherished photographs, or share your favorite stories, and can even comment on those shared by others.

All of us at NEWS CENTER Maine sent flowers to the family of Leah M Sample.
Show you care by sending flowers

Posted Feb 18, 2020 at 01:47pm
On the first anniversary of Leah's passing, we want you to know that you are in our thoughts and prayers. We hope that the memories of the past give you encouragement for the future as you walk each day with your loved one in your heart. It is our privilege and honor to serve your family.

Posted Feb 27, 2019 at 10:42am
Hi Debbie and Tim
Sorry for the loss of your mother. Met her at the wedding and again at Joan's sisters house after their mother died. She struck me as a warm gracious woman with a sense of humor.
Paul Donahue
Peggy Paine
Comment Share
Share via:
AM

All of us at NEWS CENTER Maine

Posted Feb 26, 2019 at 02:34pm
Sending our most heartfelt sympathies for your loss, our thoughts are with you and your family during this difficult time.

All of us at NEWS CENTER Maine purchased flowers for the family of Leah Sample. Send Flowers

Posted Feb 26, 2019 at 10:47am
I will never forget her daily visits to Wheeler’s Corner Drug Store for a cup of coffee and talk at the soda fountain.
She was a Godsend when she stepped in to facilitate the move of the Town Clerk’s Office from a locally owned business to the Boothbay Harbor Town Office. Leah gave so much to so many. She will be fondly remembered by all who knew her.
Comment Share
Share via:
DW

Posted Feb 23, 2019 at 03:21pm
Deb, condolences to you and your family. I know how close you two were, I am very sorry for your loss. We at the Tugboat all loved her, and missed her when she was no longer able to come. She was a beautiful Lady inside and out.
Debbie Wickert
Comment Share
Share via: 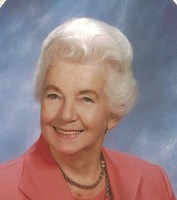