To share your memory on the wall of Sherman Stanley, sign in using one of the following options:

Provide comfort for the family of Sherman Stanley with a meaningful gesture of sympathy.

Sherman began commercial fishing with his father, and in the winter of 1948 he went out on his own. He did fishing charter parties in the 1950s and 1960s, jigging for cod and pollock. In other seasons he did everything from mackerel seining to setting long lines of hooks for cod, pollock and other groundfish.
Sherman always enjoyed “fun” fishing and being around boats. He also owned and ran a gas and LP business on Monhegan Island.

He was predeceased by his parents as well as his brother Alfred Stanley.

Per Sherman’s wishes he will be scattered at sea at a later date.

Donations may be made in Sherman’s name to the Monhegan Church, Church Lane, Monhegan Island, ME 04852.

Condolences may be shared with the family by visiting hallfuneralhomes.com.
Read Less

Print
Per Sherman’s wishes he will be scattered at sea at a later date.

We encourage you to share your most beloved memories of Sherman here, so that the family and other loved ones can always see it. You can upload cherished photographs, or share your favorite stories, and can even comment on those shared by others.

Posted Nov 07, 2019 at 10:00am
I was a stern man for Sherm in the 1980 ties on the Jan 1, the first run of the season, having never lobster fished in the Atlantic in the winter before I asked Sherm, “What do I do if you get pulled overboard?”
His reply was, “Throw me the anchor, I’m only going to live sixty seconds before I die from hypothermia.”
Larry Winters
Comment Share
Share via: 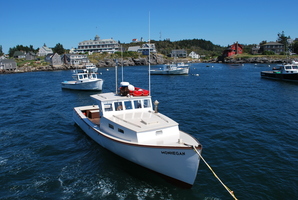 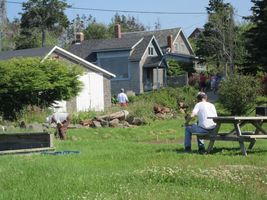 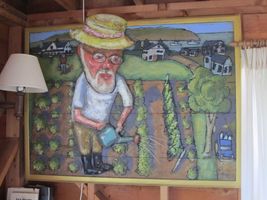