To share your memory on the wall of Susan Butters, sign in using one of the following options:

Print
Susan Butters, 75, passed away at Cove’s Edge in Damariscotta on May 8, 2019. Susan was born on September 26, 1943 in Hartland the daughter of the late Irvin F. Stedman Jr. and Irma (Amero) Stedman.

Susan grew up in Hartland on the fam... Read More
Susan Butters, 75, passed away at Cove’s Edge in Damariscotta on May 8, 2019. Susan was born on September 26, 1943 in Hartland the daughter of the late Irvin F. Stedman Jr. and Irma (Amero) Stedman.

Susan grew up in Hartland on the family dairy farm. She attended local schools and graduated from Hartland Academy, Class of 1962. After high school she attended the University of Maine at Farmington and graduated in the Class of 1966. In 1964 she married Don. Susan was an elementary school teacher in Salem, New Hampshire teaching 5th and 6th grade, she then went on to teach middle school at Raymond Elementary School until she retired in 2001. After she retired, Susan and Don moved to Maine in 2006.

Susan was a member of the Waldoboro Women’s Club, an avid skier in New Hampshire, Sugarloaf and Saddleback, loved reading, and gardening. She especially loved going for car rides after her Parkinson’s diagnosis. She was one of the nicest people you could ever meet, never complaining and always in a good mood.

She was predeceased by her parents as well as her brother Forrest Stedman.
Susan is survived by her loving husband of 55 years, Donald S. Butters of Waldoboro, son Jason Butters (Allison) of Candia, NH, daughter Lisa Lynch of Rochester, NH, grandchildren Christopher Lynch of Rochester, NH, Brooke Butters of Candia, NH, Madison Butters of Candia, NH, brother James I. Stedman (Jacqueline) of Canaan, sisters Sylvia Yeaton of Industry and Sharon Veilleux of Pittsfield, brother John Stedman of Ripley, as well as several nieces and nephews.

Visiting hours will be held on Saturday, May 18, 2019 from 1-2, followed by a memorial service at 2:00 p.m. to be held at Hall Funeral Home, 949 Main Street, in Waldoboro, with Reverend Nancy Duncan officiating. Immediately following the service there will be a reception.

Hall’s of Waldoboro has care of the arrangements. Condolences may be shared with the family by visiting www.hallfuneralhomes.com.
Read Less

We encourage you to share your most beloved memories of Susan here, so that the family and other loved ones can always see it. You can upload cherished photographs, or share your favorite stories, and can even comment on those shared by others.

Renee Boulanger sent flowers to the family of Susan Butters.
Show you care by sending flowers

Posted May 04, 2020 at 01:08pm
On the first anniversary of Susan's passing, we want you to know that you are in our thoughts and prayers. We hope that the memories of the past give you encouragement for the future as you walk each day with your loved one in your heart. It is our privilege and honor to serve your family.

Posted May 17, 2019 at 11:18am
So sorry for your families loss. Sue was always a special friend to me. I will miss sharing visits with her in Maine. My thoughts and prayers go to all of you. You were a wonderful care giver Don.
Comment Share
Share via:
RB

Posted May 15, 2019 at 04:43pm
We are so very sorry for your loss. You are in our thoughts and prayers. Love, Bill and Liz Boulanger and Joe and Renee Boulanger

Renee Boulanger purchased the The FTD Comfort Planter for the family of Susan Butters. Send Flowers

Posted May 14, 2019 at 07:40pm
Mrs butters was my 5th grade teacher in Raymond! She was always so happy to see her students and always encouraged us to learn in really fun ways! My favorite teacher! May she rest in peace! My condolences to her family! She was loved by many!
Comment Share
Share via:

Posted May 14, 2019 at 07:17pm
Mrs. Butters was my 5th grade teacher in her first year in Raymond, and the remained good friends with my mom for many years while they worked together at the schools.
She was one of the sweetest women I have ever met, and was sad to hear of her passing.
-Jason R. Larochelle, Raymond, NH
Comment Share
Share via: 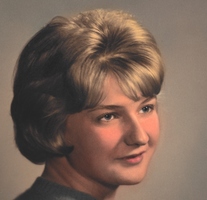 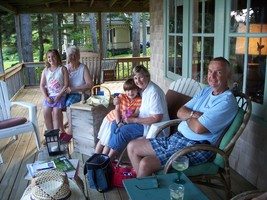 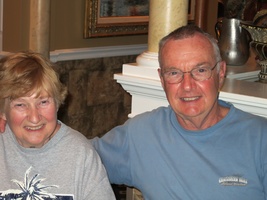 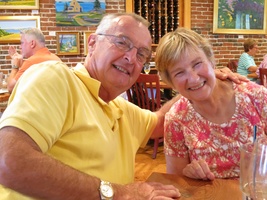