To share your memory on the wall of Dorothy Patton, sign in using one of the following options:

She worked for 20th Century Fox for a number of years. During the filming of the movie Carousel filmed in Boothbay Harbor, Dorothy worked with actors Gordon McRae, Sheila McRae and Shirley Jones. For many years after the filming of the movie, Shirley Jones would send flowers to Dorothy on her birthday. Author, Sterling Hayden taught her to row a boat. She worked for Spruce Point Inn during the summer and met many actors and President John Kennedy.

For many years Dorothy worked as a receptionist and switchboard operator at St. Andrews Hospital, and worked many years for Rupert Neilly. She enjoyed singing in the Methodist Church choir, her hobbies included knitting, reading, puzzles, rollerskating and ice skating.

Dorothy is also survived by her two sisters, Ann Blanks of IN, and Jill Correa of MD.

She was blessed with grandchildren; Dennis, Michael, Brian and Kevin Carver, all of Boothbay, ME., Sean and Zackary Blagdon of Wiscasset, ME., and one granddaughter, Ashley Sherman of Cape Elizabeth, ME.

She married Robert Patton in the late 80’s and enjoyed traveling and spending the winter months in Florida. After Bob’s passing she enjoyed the companionship of James Townsend and together they traveled around the United States for which they both enjoyed.

A Memorial Service will be held on Tuesday, July 2, 2019 at 2 p.m. at the United Methodist Church, 81 Townsend Ave. Boothbay Harbor, ME. 04538 with a reception to follow in the vestry.
Read Less

We encourage you to share your most beloved memories of Dorothy here, so that the family and other loved ones can always see it. You can upload cherished photographs, or share your favorite stories, and can even comment on those shared by others.

Guaranteed hand delivery by a local florist
B

Posted Jun 04, 2020 at 08:12am
On the first anniversary of Dorothy's passing, we want you to know that you are in our thoughts and prayers. We hope that the memories of the past give you encouragement for the future as you walk each day with your loved one in your heart. It is our privilege and honor to serve your family.

Posted Jun 20, 2019 at 11:01pm
David I wish to send my sincerest sympathy to you on the loss of your mother, I had the privilege of knowing and working with her. May she rest in peace. Shirley Thibodeau

Posted Jun 17, 2019 at 04:31pm
Dear Vickie
Sorry to hear of your mom,s passing...MY Condolence,s, TO YOU,AND YOUR FAMILY;
yours truly Sheryl McKOWN
Comment Share
Share via: 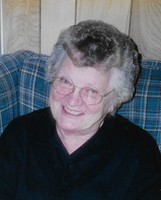