To share your memory on the wall of Wayne Harvey, sign in using one of the following options:

Provide comfort for the family of Wayne Harvey with a meaningful gesture of sympathy.

Print
Wayne R. Harvey 66, passed away on Wednesday, July 3, 2019 at his daughters home with his loving family by his side. Wayne was born in Damariscotta, ME on December 29, 1952 to parents Sheldon Harvey and Minnie Ivy Carter Harvey.

Wayne gr... Read More
Wayne R. Harvey 66, passed away on Wednesday, July 3, 2019 at his daughters home with his loving family by his side. Wayne was born in Damariscotta, ME on December 29, 1952 to parents Sheldon Harvey and Minnie Ivy Carter Harvey.

Wayne grew up in Waldoboro, attended local schools and was a graduate of the class of 1971 at Medomak Valley High School. After graduation Wayne became a lobsterman and a clam digger most of his life.
Wayne’s family was the most important thing in his life as he so enjoyed family gatherings, going to Swan’s Island, and the holiday dinners.

Wayne’s family recalls him as being generous, loving, supportive, respectful and always there to help anyone in his family. He so enjoyed spending time with his best friend Bill Sanborn.

Wayne always loved his motorcycle, going for rides on it and will be remembered as an “Elvis Fanatic”.

He was pre-deceased by his parents, his wife Sheryl, children Jeffrey and Crystal, a great granddaughter Aileana, and a brother Neil.

A service to celebrate Wayne’s life will be held at 2:00 p.m. on July 10, 2019 at Hall’s of Waldoboro, 949 Main Street, Waldoboro, ME Pastor Tom Rawley will officiate. Burial will follow at the Shuman Cemetery in Waldoboro, ME.

Hall’s of Waldoboro has care of the arrangements, condolences may be shared with the family by visiting www.hallfuneralhomes.com.
Read Less

Posted Jul 05, 2019 at 10:45pm
Dad i remember when i was just a kid and u and mom pretty much took me in as your own and always treated me just like your own i love you and am going to miss you you was a great dad and grandpa to all the kids i find myself still saying "look what the cat dragged in" ever since i was a kid u said that and when i needed a place to go more then once i knew i could always count on you to help i never even asked if i could stay and u let me but whenever i was around you i felt like it was home to me as well im glad u are with mom please tell her we all said hello and love and miss her too rip Dad love you most definitely going to miss you but i will never forget the memories of u rip
Comment Share
Share via: 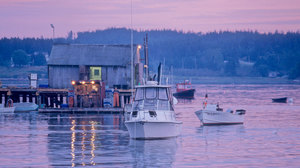 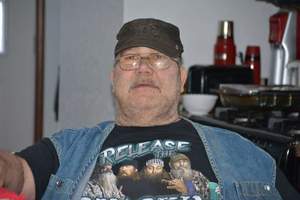