To share your memory on the wall of Suzanne Pedretti,, sign in using one of the following options:

Provide comfort for the family by sending flowers or planting a tree in memory of Suzanne Pedretti,

Provide comfort for the family by sending flowers or planting a tree in memory of Suzanne Pedretti,

After graduating from Wethersfield High School, Sue honed her executive secretarial skills at Central Connecticut State College, working briefly for an advertising agency in Hartford before joining the Hartford Insurance Group. Her first marriage, to high school sweetheart Joseph E. Pehr, ended with lessons learned. Her employment at the Hartford in the home office spanned over 30 years, much of it in the old Personnel/Human Resources Department, where she was known as a silly poet, and writer of “Odes” for fun.

Her second (true) marriage in 1974 was to Donald F. Pedretti, the man she was meant to be with. Together, they vacationed at Cape Cod, started collecting their life long love of antiques, travelled abroad, while enjoying their respective careers. Their favorite achievement was buying the historic 1769 Benjamin Colton House in West Hartford, that time period from the past that seemed to resonate with both Don and Sue.

Her interests were many, music, creative writing, sewing, quilting, entertaining, on the prowl for antiques for their home, attending numerous auctions. Sue made many life-long friends at the Hartford in 30 years. Her close relationships were among her treasures.

Taking early retirement to Mid-Coast Maine in 1997, Sue and Don also took on the daunting task of restoring an antique sea captains home while immersing themselves in learning the antiques business. Both musical, the Pedrettis joined the choir at the Thomaston Federated Church while working on their old home. Their activities were soon derailed by Don’s tragic medical diagnosis, from which he died 10 years later in 2008.
Sue , always a lover of books and writing, joined Literacy Volunteers as an English and Writing Tutor, while serving as secretary of the Literacy Board of Directors until a serious medical diagnosis took over. Steeped in studying spiritual wisdom, her strong faith (We’re always alive somewhere!!) and her belief in natural healing foods and supplements helped her thrive well beyond the year of two prediction of her oncologist. “If I can’t be a good example to others, then I’ll just enjoy being a bad one”.

In 2017 Sue teamed up with a fellow church member at Rockland Congregational Church with a great voice, Philip Anderson, calling themselves “Two for a Song”. Sue played keyboard for Phil, playing completely by ear, while Phil played drums and sang many old standards that everyone seemed to love. It was a perfect blend of their talents, entertaining at local senior centers and nursing facilities in Camden and Rockland.

Sue’s ready smile, an open heart, and caring nature earned her many friends as well as the sure certainty that life continues beyond this earth we call home. She wishes to gratefully thank her sister, Jane Piper, Kristine Anderson, Al Yattaw, Janet Gleeson, Pat and Dick Walton and the wonderful hospice staff and volunteers for taking such loving care of her.

Sue was predeceased by her parents, her husband Don, and a sister Diane Piper Waters.
She is survived by her sister Jane Piper of Thomaston, Maine along with loving nieces, nephews , cousins and many friends.

A celebration of life for Suzanne will be held on July 20th, 2019 at 11:00 a.m. at the Rockland Congregational Church, 180 Limerock St. Rockland, Maine with Pastor Seth Jones officiating. A reception will follow the service in the community room at the church.

In lieu of flowers the family is requesting that donations in Suzanne’s name be made to The Sussman House/PBWHfnd.,22 White Street, Rockland, ME. 04841.

We encourage you to share your most beloved memories of Suzanne here, so that the family and other loved ones can always see it. You can upload cherished photographs, or share your favorite stories, and can even comment on those shared by others.

Posted Jul 01, 2020 at 01:05pm
On the first anniversary of Suzanne's passing, we want you to know that you are in our thoughts and prayers. We hope that the memories of the past give you encouragement for the future as you walk each day with your loved one in your heart. It is a privilege and honor to serve your family.

Posted Jul 18, 2019 at 09:33pm
From the moment Sue and I met, we knew we were kindred spirits. We shared a common spirituality and enjoyed sharing that with each other. For the next 12 years we became very close friends. We enjoyed many fine breakfasts and dinners together, exchanged books we read, and followed each other through the challenges we faced. I loved the fact that Sue never passed judgement but only gave me a wonderful listening ear. I will miss her wide smile and bright eyes. She passed the final stage of life so gracefully. We will be together again and until then party on my dear Sue and enjoy being with Don.
Kristine Anderson 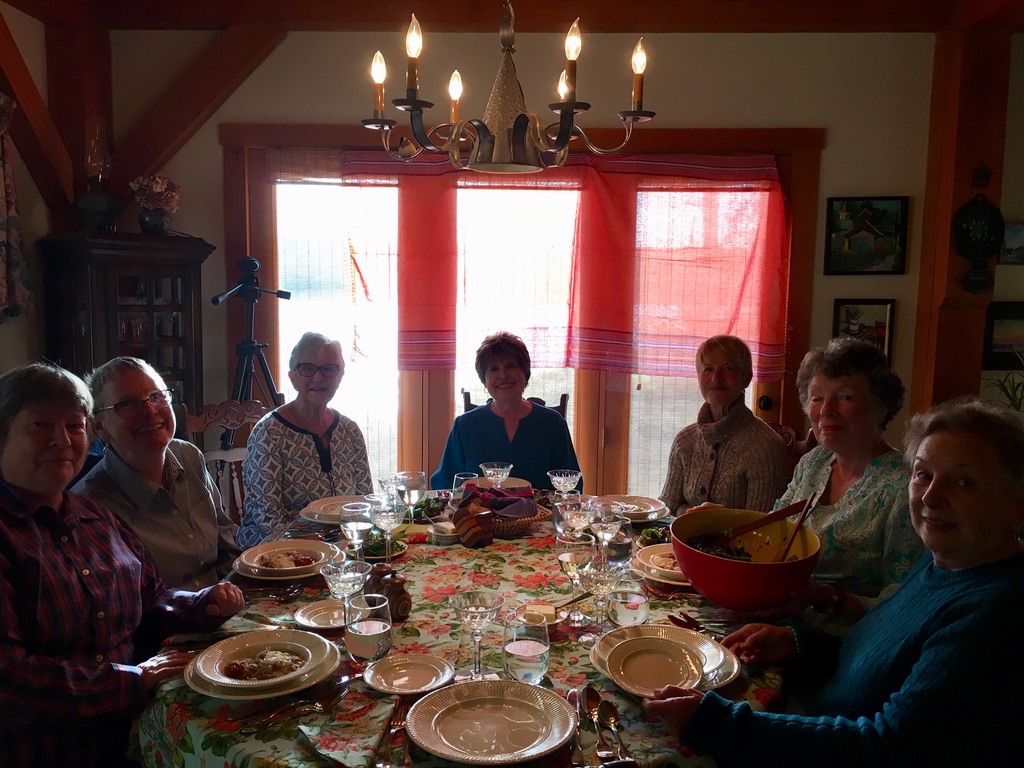 Posted Jul 13, 2019 at 09:07am
Sorry to read about Suzanne. I believe that the last time Linda and I saw you was at an antique show in Maine. You were making the best out of a situation preventing the sale of antiques from your new home there. We have changed our interest in antiquities for our reproduction home, but the appreciation of those items never goes away. I also miss the old days at Combustion when we agreed to disagree on many items, but I believe most of our "solutions" benefitted the company and our fellow employees. I trust that your interest/hobby with antiques will help you through this difficult time.

Sending healing prayers and love to Jane. Richard and I loved the many times we were with Suzanne and Don and will miss them both. We have another memorial service on July 20th and will not be able to attend Suzanne’s. I’m thankful I was able to tell her myself how much I loved her and will hold her in my heart forever. Love, Jane and Richard Hudson 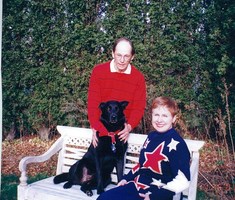 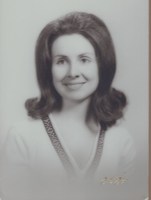