To share your memory on the wall of Lincoln Furber, sign in using one of the following options:

Provide comfort for the family of Lincoln Furber with a meaningful gesture of sympathy.

He was born September 28, 1931, in Quincy, MA and grew up in neighboring Milton, attending Milton elementary and junior high schools. His high school years were spent at Thayer Academy in Braintree, MA. He graduated in 1949, president of his class, and remained a loyal alumnus all his life.

Mr. Furber went to Middlebury College in Middlebury, VT, majoring in English. He was a member of Delta Upsilon fraternity. He graduated in 1953 and enlisted in the U.S. Army, serving with the Counterintelligence Corps in Stuttgart and West Berlin, Germany. He was honorably discharged in September 1956. He spent the following year at the Columbia University Graduate School of Journalism, receiving a Master of Science in Journalism degree in June 1957.

That same month, he began working as a news writer and producer at WBZ-TV in Boston. He joined WCAX-TV in Burlington VT., a year later as an anchorman and reporter. In 1962, he moved to Chicago to work for NBC news at WNBQ-TV and WMAQ radio for two years as an anchor, reporter and occasional network correspondent. Then, he moved across town to the CBS station, WBBM-TV as a reporter. In 1965, he joined a CBS bureau in Washington, D.C., as a correspondent for the five CBS-owned television stations in New York, Philadelphia, Chicago, St. Louis and Los Angeles.

In 1967, Mr. Furber became a news producer and subsequently news director at WETA-TV, the public television station in Washington. There he produced and occasionally moderate the long-running program “Washington Week in Review,” now “Washington Week,” and produced and anchored various other public affairs programs. He won two local “Emmy” awards at WETA. In the early ‘70’s, Mr. Furber continued to produce “Washington Week” when it came under the aegis of the National Public Affairs Center for Television (N-PACT). The program won DuPont-Columbia award in 1973. By appealing to the program’s large number of loyal viewers, Mr. Furber was instrumental in keeping “Washington Week” on the air in 1973 when the Nixon Administration attempted to close down several public television programs. He also produced other public affair programs for N-PACT. The organization was dissolved in 1976 and Mr. Furber then worked for several months as a correspondent for two small Washington bureaus.

In 1977, he became as associate professor of broadcast journalism at the School of Communication at American University in Washington. He taught both broadcast and print journalism courses to graduate and undergraduate students there for the next 20 years. During his teaching career, he created a journalism program for American University’s Washington Semester Program for undergraduate students from colleges and universities across the country. He served as acting dean of the School of Communication for one year and head of the Broadcast Journalism program for several years. He developed a weekend graduate broadcast journalism curriculum for part-time students. And he helped the university library acquire and catalog the extensive old radio archives collection donated by an AU graduate.

Mr. Furber spent several of his teaching career summers working as a writer and correspondent with CNN, the Voice of America and other news organizations in Washington. He also served for two decades as a media training consultant to the U.S. Secret Service and a variety of other federal law enforcement agencies and national police organizations. He retired in 1997 and in 2000 moved from Washington to Southport, ME, where he had vacationed all his life.

The Radio-TV Journalism Division of the Association for Education in Journalism and Mass Communication named Mr. Furber the Distinguished Broadcast Journalism Educator of the year in 2001.

For two years during the late 1980’s, he mentored several inner city junior high school students in Washington. In Maine, he worked as a volunteer TV news consultant for several years with the Portland-based youth organization, YES ! To Youth. And in 2005, he produced a promotional video on the many scenic properties preserved by the Boothbay Region Land Trust. His hobbies included birding, nature photography, opera, tennis, boating, antiquing, reading and old movies. Mr. Furber was a lifelong Unitarian. His marriage to the former Eloise Peterson of Dayton, IA ended in divorce in 1987.

He is survived by daughters, Edith Zhang (Jeffrey) of Bethesda, MD, and Sarah McGovern (Kenneth) of Burlington, N.C., three grandchildren, Miles, Alden and Claire, and brother Edward Furber of Southport, ME.

We encourage you to share your most beloved memories of Lincoln here, so that the family and other loved ones can always see it. You can upload cherished photographs, or share your favorite stories, and can even comment on those shared by others.

Posted Jul 19, 2019 at 05:31pm
Lincoln met my sister in Chicago years ago and they were long-term friends. Ron and I were privileged to meet him through her, Dr. Doris (Dolly) St. Clair, just after we moved to the Boothbay Peninsula in 1999. We will always remember him as a kind and most interesting man with so much humility. Loved his Christmas cards depicting the area through his photography. May he Rest In Peace. Our sympathy to his family and to Page. A most accomplished individual! Chris and Ron Bastian.
Comment Share
Share via:
HS

Flowers were purchased for the family of Lincoln Furber. Send Flowers

Posted Jul 18, 2019 at 03:09pm
I am forever grateful. Link taught me to be a better broadcast journalist when I was his graduate teaching assistant at American University and then taught me how to be a journalism professor when I moved to a university classroom later. Most of all, I am grateful for our nearly 40 year friendship. I will miss him.
Comment Share
Share via:
HG

Posted Jul 18, 2019 at 10:20am
Lincoln Furber did a lot to build public television’s public affairs service, and did it in very challenging times. All of us in public broadcasting are grateful to him for his work and for his example. Rest in peace.
Comment Share
Share via: 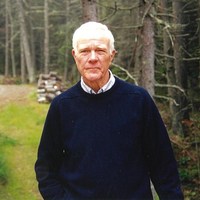