To share your memory on the wall of Joseph Flanagan, sign in using one of the following options:

Print
Joseph Patrick Flanagan DDS passed away on August 21 at home with his family.

Born on January 28, 1951 in Lawrence, Massachusetts to Catherine (Scannell) and James Flanagan. He was the youngest of four children. Joe spent his youth raisi... Read More
Joseph Patrick Flanagan DDS passed away on August 21 at home with his family.

Born on January 28, 1951 in Lawrence, Massachusetts to Catherine (Scannell) and James Flanagan. He was the youngest of four children. Joe spent his youth raising havoc with his friends on Ferry Street before graduating from Central Catholic High School in 1968. He graduated from Boston College in 1972 and Georgetown Dental School in 1976.

He bought a home and a practice in the heart of downtown Waldoboro. There he raised four children and operated his practice for thirty-nine years before retiring in 2016. Always most comfortable at home, Joe’s family knew they could usually find him sitting on his porch listening to the Red Sox or in front of his fire. He also enjoyed many family trips to the Leadbetter Camps at Lobster Lake and summer visits to his wife’s family summer home in South Bristol.

Joe’s pride and joy was his family. He was a wonderful, dedicated, and reliable father and husband. He leaves behind his wife Kathryn (Sproul) of twenty-five years, son Jim and his wife Nissa, daughter Macaela, son Luke and his wife Jessica, daughter Elizabeth and grandchildren Emmett, Greta and Callan and his brother Gerald.

Throughout his sixty-eight years, Joe made a lasting impression on his family, friends and patients. He will be greatly missed. At his request, his family celebrated his life privately at his home.

Cleaner of teeth, creature of habit, master of weather forecasts, and the most loyal guy one would ever know. Joe was a well-loved man. He will be remembered for many reasons: his wit and humor, his ability to respond to a question with lots of random facts but not the actual answer, his smile, his laugh and his humming.

Joe’s family would like to thank the people at Maine General Hospital, The Harold Alfond Cancer Center, Maine Care at Home and Hospice of Maine for their exceptional and compassionate care.

Hall’s of Waldoboro has care of the arrangements. To extend condolences, visit www.hallfuneralhomes.com.
Read Less

Print
At Joe's request, his family celebrated his life privately at his home.

We encourage you to share your most beloved memories of Joseph here, so that the family and other loved ones can always see it. You can upload cherished photographs, or share your favorite stories, and can even comment on those shared by others.

Posted Sep 02, 2019 at 03:25pm
Hi Kay- We want to express our condolences and to let you know our thoughts and prayers are with you and your family. Love, Stan, Judy and the Paton family.
Comment Share
Share via:
NB

Posted Sep 01, 2019 at 07:50pm
My sincere condolences to the family. I worked with Kay at Friendship Village School. Widowhood id not easy, this I know. You have a wide circle of friends and family to help you through this difficult time...embrace. Nancy Jones Bridges
Comment Share
Share via:
SL

Posted Aug 31, 2019 at 01:07pm
My condolences to you all on your loss. Joe was our family dentist since the late 70's and couldn't have been more accommodating, helpful and friendly. Having known the family as well, for years, I feel for you all and hope that you can find peace knowing of his love for you.
Comment Share
Share via:
K

Posted Aug 31, 2019 at 10:48am
I am very sorry to hear of the loss of this great man. It was many years ago that I was a babysitter for the children. I can remember very well Joe popping in from his office in between patients to say Hello! It was so clear he was such a loving father to his young children even back then. I don’t expect Luke or Malala to remember me as my own children were just babies, but it was a great job just the same. I enjoyed the children and the time I spent in your great home. I found myself to go on into 18 years of Dental Assistanting,loving every minute of it. How ironic. Again I am sorry for your families loss of this great man. What sadness his retirement was cut way to short. All my love, Kyla
Comment Share
Share via:
AG

Posted Aug 29, 2019 at 08:02pm
Amy grierson
Dr.Flanagan was my family’s dentist for many years.he was a great man,truly one of a kind,he really cared about people and wasn’t all about money.you don’t see that kind of dentistry anymore,he will be missed.
Comment Share
Share via: 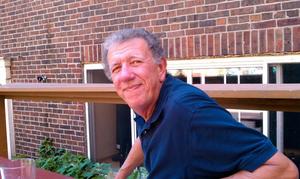