To share your memory on the wall of Jane (Maxfield) Scarlett Hennings, sign in using one of the following options:

Provide comfort for the family of Jane (Maxfield) Scarlett Hennings with a meaningful gesture of sympathy.

She married Robert Scarlett on December 24, 1936, in Drexel Hill, PA. Eventually, they moved to York, PA. She was a stay-at-home mother who accompanied her husband in his travels as an international business executive with 3M Company. They lived three years in Australia, five years in Canada and six-years in post-World War Two Germany where she was instrumental in founding the American Women’s Club in Düsseldorf. She said the club, still in existence, was formed to help American business wives become educated about the German language and customs.

After her children left home for college and marriage, she sold Avon products in Grant Township, MN, where she also served on the planning commission. Her hobby of raising and showing Burmese cats became a business. Her cattery was named Nee-Ja and was registered in three national cat organizations.

In 1982, she initiated divorce proceedings and moved to Maine. She had visited Maine regularly since childhood and, she said, had always wanted to live in Maine. Her divorce from Mr. Scarlett was finalized in 1985.

She met and married Carl C.C. Hennings, Jr. in 1985, and the couple lived on Spruce Head Island. She was an active member of the Down East Jazz Society, and she and her husband enjoyed dancing and traveling to jazz festivals. Mr. Hennings died in 1992.

Following her husband’s death, Mrs. Hennings moved to Rockland, ME, for five years before moving to South Thomaston in 1998. She continued her involvement with the Down East Jazz Society and continued to enjoy dancing. She became active with the Philanthropic Educational Organization, a sisterhood of about 200,000 women who help young women continue their education. She was a frequent writer of letters to the editor at the Courier-Gazette. She enjoyed regular trips on five different area windjammers, including 21 sails on the schooner Mary Day. She volunteered many years at the Rockland-Thomaston Area Chamber of Commerce and joined the Rockland Chapter of the Red Hat Society.

Various celebrations of Mrs. Hennings’ life will be held during the ensuing months. There will be no visitation or internment. It was Mrs. Hennings wish to have her ashes scattered on the waters of Penobscot Bay.

Arrangements are entrusted to Hall’s of Thomaston, 78 Main Street, Thomaston, ME. Condolences may be shared with the family at www.hallfuneralhomes.com
Read Less

We encourage you to share your most beloved memories of Jane here, so that the family and other loved ones can always see it. You can upload cherished photographs, or share your favorite stories, and can even comment on those shared by others. 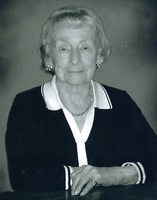