To share your memory on the wall of Walter Newton, sign in using one of the following options:

Walter was born on June 27, 1944 in Gardiner, Maine, to Myron Newton and Amy (Lambert) Newton.

Walter was born on June 27, 1944 in Gardiner, Maine, to Myron Newton and Amy (Lambert) Newton.

Walter was known for driving his 3 wheeled-bicycle around Damariscotta and visiting friends at the soda fountain in Waltz Pharmacy.

He is predeceased by his parents, his brothers Myron Jr., Norman, Benny and sister Dolly

Walter is survived by his brothers Jack, Richard, Tex and sisters, Faye and Mary.

Hall’s of Waldoboro has care of the arrangements. For online condolences visit hallfuneralhomes.com
Read Less

We encourage you to share your most beloved memories of Walter here, so that the family and other loved ones can always see it. You can upload cherished photographs, or share your favorite stories, and can even comment on those shared by others.

Staff and Clients of Mobius, Inc sent flowers to the family of Walter J. Newton.
Show you care by sending flowers

Staff and Clients of Mobius, Inc

Staff and Clients of Mobius, Inc purchased flowers for the family of Walter Newton. Send Flowers 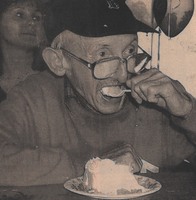