To share your memory on the wall of Joan Shimanek, sign in using one of the following options:

Provide comfort for the family of Joan Shimanek with a meaningful gesture of sympathy.

Joan grew up in Baltimore and attended local schools. While raising her children Joan chose to stay at home and after her children were in school she went to work in the office of a local credit bureau .
Most important to Joan was the raising of her family and when not engaged in that she enjoyed cooking for them, dancing , as well as going out to eat in the local restaurants.
Joans family recalls her as being a very loving and compassionate person as well as pleasant ,warm and endearing to all those she met.

Joan moved to Maine in 2001 to be near her son Thomas and his family in Thomaston and due to health issues she then moved to Quarry Hill in Camden, Maine.

Joan was pre-deceased by her parents, her daughter Donna Hauck and her grandchildren Erica and Donald Hauck.

Joan is survived by her son Thomas Lorleberg of Thomaston, ME. her sister Kathleen Study of Dundalk, MD, her niece Kimberly Study Sennett of MD, along with her nephew Kevin Study of San Diego, CA. She is also survived by her granddaughters Amanda Hauck of Dundalk, MD, Bridget Franz of MD, and Valerie Lorleberg of Thomaston, ME. She also leaves great grandchildren Jacob and Kortnee Franz and Zachary Morgan of MD.

Joan was laid to rest in the Dean Memorial Cremation Garden at the Achorn Cemetery, Rockland, Maine..

Hall's of Thomaston has care of the arrangements. To extend online condolences visit www.hallfuneralhomes.com.
Read Less

We encourage you to share your most beloved memories of Joan here, so that the family and other loved ones can always see it. You can upload cherished photographs, or share your favorite stories, and can even comment on those shared by others. Posted Oct 07, 2019 at 03:56pm
We had some sad news yesterday. My Mothers best friend, soulmate of 73 years, Ms. Joan died. I know my Mother is heartbroken. They spoke on the phone everyday. They could tell each other everything. Friendships like that are precious and rare. Thank you for being such a kind, good, supportive, understanding friend to my Mother Ms. Joan. Love you.
Love,
Deborah Bahur
Comment Share
Share via:
JB 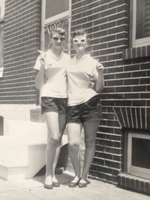 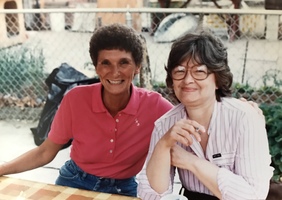 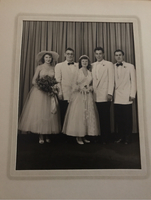