To share your memory on the wall of Mildred Goff, sign in using one of the following options:

Mildred was an active member of the American Legion Auxiliary, Eastern Star and People’s United Methodist Church, especially the shawl ministry. Mildred loved spending time with her family, gardening, playing cards, reading, watching the Red Sox, traveling, baking, quilting, knitting and crocheting all with a precise attention to detail and particular perfection. She was well loved by all, always quick with a smile and kind word and had a dry, witty sense of humor.

She is predeceased by her parents, Vic and George Butler, Jr., brothers, Clarence (Buddy) and Royce and her beloved husband Elmer to whom she was married for 59 years. She will be dearly missed.

A memorial service will be held on Sunday, October 27, 2019 at 2:00 p.m. to be held at the People’s United Methodist Church, 21 Depot Street, in Union, with Pastor Elizabeth Bailey-Mitchell officiating.

We encourage you to share your most beloved memories of Mildred here, so that the family and other loved ones can always see it. You can upload cherished photographs, or share your favorite stories, and can even comment on those shared by others.

Posted Oct 22, 2019 at 11:31am
Our condolences to Millie's family. Millie was a cheerful person who impacted everyone with her smile. We know she will be missed greatly as your family gathers for holidays and reunions. As her quality of life became painful, we know she is in a better place but our thoughts are with all of you that remain and miss her here. Anita and Travis Brown
Comment Share
Share via:
M

Posted Oct 22, 2019 at 10:19am
To the family, my heartfelt condolences for your loss. Please find comfort in the knowledge that soon God will wipe out every tear from our eyes, and “death will be no more, neither will mourning nor outcry nor pain be anymore. The former things have passed away.”(Rev. 21:3,4) May this promise give you comfort now and a real hope for the future. My deepest sympathies.
Comment Share
Share via:
RG

Posted Oct 21, 2019 at 09:04pm
My Aunt Jan, being the daughter of Millie and Elmer Goff, meant that when my Uncle Bruddie Wentworth married the love of his life, I was sooo impressed - he had married someone who was the daughter of someone I perceived as rich, famous and well-known. For as long as I can remember, many of my memories included driving by or getting to stop and eat at Elmer's Restaurant right on Route 17 in Union, Maine - the place to be. As I grew older and the Goff's retired and sold their restaurant, I especially got to know Millie much, much better. After Elmer passed and Millie moved in with Jan and Bruddie, we would stop by for a family reunion or just to say our hellos and truly learn the type of 'rich' the Goffs were - rich with friends, rich with kindness and rich with the love of family - and our lives were always made richer by receiving one of Millie's beautiful smiles. 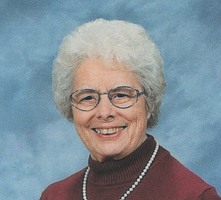