To share your memory on the wall of Frank Greatorex, sign in using one of the following options:

Provide comfort for the family of Frank Greatorex with a meaningful gesture of sympathy.

He served in this community with various Scouting programs and within the Unitarian Church. Later in life he and wife Ardy, created a blended family, which then included April, Heather and Kristen. In retirement, he loved his pursuits of cooking, entertaining, sewing, carpentry and sailing. He did everything in life to its fullest. He loved most laughing and telling stories with his six children and their spouses: David & Pat Greatorex, Donna & Mark Cote, Paul & Lisa Greatorex, April Adams and Dave Silverstein, Heather & Mark McKeown, and Kristen & Dave Scott; plus his nine grand-children: Alexandria, Rachel, Erin, Sean, Trey, Toby, Finn, Ryan and Aria and his extended grand-children: Nicholas and Patrick Cote.

A memorial service to pay tribute to his exceptional life is planned for the summer. Donations can be made in his memory to the Sussman House (a facility for hospice patients), c/o PenBay Waldo Healthcare Foundation, 22 White Street, Rockland, ME 04841.

Print
A memorial service to pay tribute to his exceptional life is planned for the summer.

We encourage you to share your most beloved memories of Frank here, so that the family and other loved ones can always see it. You can upload cherished photographs, or share your favorite stories, and can even comment on those shared by others.

Posted Nov 23, 2019 at 01:23pm
Dear Ardy,
I am so sorry for your loss. I only met Frank briefly, but was impressed by his warmth and kindness.
Time will heal your heart and your strength will carry you to a better place.
Love,
Sue Waugh
Comment Share
Share via: 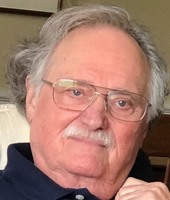