To share your memory on the wall of Richard Hills, sign in using one of the following options:

Provide comfort for the family of Richard Hills with a meaningful gesture of sympathy.

Print
Richard C. Hills, 41, of Jefferson, passed away unexpectedly on a family trip to Boston on November 29, 2019, at Beth Israel Hospital. Richard was born on November 9, 1978 in Rockport, Maine to Kevin C. Hills and Kathleen M. (Bibber) Hills.

Richard C. Hills, 41, of Jefferson, passed away unexpectedly on a family trip to Boston on November 29, 2019, at Beth Israel Hospital. Richard was born on November 9, 1978 in Rockport, Maine to Kevin C. Hills and Kathleen M. (Bibber) Hills.

After high school Richard held various jobs at, Stetson and Pinkham, Jeff’s Marine, Masters Machine, Prock Marine, Repo Agent, Little Hills Towing, Automaster Towing, Mainely Concrete, Northeast Pumping, John Gilbert Pumping & Concrete and a few others in between. Richard’s job pumping concrete wasn’t a job to him because he enjoyed it so much.

In his off time he enjoyed trail riding the side by sides up north with the girls and spending as much time as possible with his girls. He was brought up as a child going to Kaler Pond and he continued the tradition with his girls. He would just ride around looking at trees and the lights, attended a lot of family gatherings. He took trucks up and down Dodge’s Mountain (and other vehicles that were not mentioned!). He liked truck pulling. Richard was always up for a game of “Knock Out, King of the Dock or Corn Hole”. He was such a dedicated Corn Hole player that he installed battery operated lights for night time playing. He was a coach to his girls’ basketball and softball teams and as well as followed their games. One of his other talents was that he was an awesome cook. He never came empty-handed to any gathering. He was famous for his meatballs, French fries and onion rings.

He was a selfless man, always helping others in any situation, people always called for his help. He loved all animals and especially loved children of all ages. He was called a “Wheeler and Dealer” because he was always buying, selling and trading items.

He is survived by his daughters, Skylar and Lilly Hills of Union, parents Kevin and Kathie Hills of Waldoboro, brother Kyle Hills of Waldoboro, his significant other Natasha Neal of Jefferson, and grandmother Diane Bibber of Abbott. He is also survived by Aunt Karen Bond and husband David and family, Uncle Linwood Bibber and wife Kim and family, special Aunt Kelley Mank and her sons, Aunt Kayce Bibber, Uncle Gregory Hills and Aunt Adele, Uncle Larry Hills, special Aunt Marcy O’Donnell and significant other Dale Hahn, special Aunt Tracie McLain and husband Gavin and their children Taylor and Alden, Emily Hills of Union, mother of his two children, nephews Travis and Shawn, his beloved dog Bowser, and many more cousins and friends.

A memorial service will be held at the First Baptist Church, 71 Grace Avenue, Waldoboro, on Saturday, December 7, 2019 at 2:00 p.m., with Reverend Robert Bellows officiating. A reception will immediately follow the service.

Posted Dec 09, 2019 at 08:20pm
Thinking of you always. Sending our love and strength for all of you to help you get through this. Giving you all BIG hugs. Love always, Margaret and Mitchell
Comment Share
Share via:
SD

Posted Dec 05, 2019 at 10:43am
We can only say what someone said to us upon the loss of our son, the sadness gets easier but we will always miss them. Richard was a fine young man loved by many .Our sincere condolences, Steve and Betty Davis
Comment Share
Share via:
HS

Flowers were purchased for the family of Richard Hills. Send Flowers

Posted Dec 03, 2019 at 04:55pm
It was always great spending time with you Richard. I loved that big booming voice of yours! You will be missed by everyone who's life you touched.
Comment Share
Share via:
LP 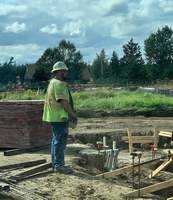