To share your memory on the wall of Mildred Stafford, sign in using one of the following options:

Print
Mildred Stafford 97, passed peacefully away December 16th, 2019 at Windship Gardens in Bath , Maine with her family by her side.

Born in Derby, Connecticut on January 7th, 1922. She was the daughter of Earl H. and Ruth Hildebrandt Baldwi... Read More
Mildred Stafford 97, passed peacefully away December 16th, 2019 at Windship Gardens in Bath , Maine with her family by her side.

Born in Derby, Connecticut on January 7th, 1922. She was the daughter of Earl H. and Ruth Hildebrandt Baldwin of Ansonia, Connecticut.

When she was three she moved to Nobleboro, Maine with her parents to a farm on East Pond Road. She attended Emerson School the one room school house on the Upper East Pond Road and was a 1940 graduate of Lincoln Academy. She worked at Miles Memorial Hospital when it was still on Church Street in Damariscotta. And helped move to it’s present location on Hospital Point.

She met the love of her life George Stafford in 1942 at a dancehall on Clary Hill in Jefferson. They were married January 19, 1943. She loved dancing which they continued for the rest of their lives.
She was an avid hunting and fishing enthusiast and bagged many deer and ducks all over the region quite often the first in the hunting party to do so.

Milly served on the conservation committee , school board, long range planning committee, and was the town Historian. The Arrowsic 2001 annual town report was dedicated to George and her.

She was secretary of the town fire department and kept copious ledgers of all the calls.
She could be seen stuffing the wet and dirty hoses in the back of her car after a fire which she took home to clean and lay on her lawn to dry, ready for the next call.

In 2019 she had a new fire truck christened with her name on the door.

Milly is survived by her son Leeman of Nobleboro , 2 grandsons, Tim of Troy, Ohio and Terry of Nobleboro. A granddaughter Tina of Long Beach CA, 2 great grandchildren, Dereck of Red Bluff, CA. Alexander and his wife Alexis of Dayton , Ohio. 2 great great grandchildren Alexander and Amaya also of Dayton, Ohio. Brothers Paul and Bob of Nobleboro, ME and Doug of Woolwich, ME. Sister Jean of Haines City, Fla., many inlaws, nieces , nephews and many friends.

Print
Per Milly's wishes the family has chosen to honor her life privately.

We encourage you to share your most beloved memories of Mildred here, so that the family and other loved ones can always see it. You can upload cherished photographs, or share your favorite stories, and can even comment on those shared by others.

Posted Feb 12, 2020 at 10:08pm
My condolences to the family of Milly Stafford. A vivid memory comes to mind of a winter day in 1971 when an oil burner caught fire in my home in the early morning hours. Everyone got out safely and I noticed a vehicle pull up next to the house. Out jumped Milly and George to assist with the fire until other responders arrived. I will never forget her help that day.....Milly was always the first to help no matter the circumstance. Somewhere tonight Milly is most likely helping someone else.....With love and happy memories 💕
Comment Share
Share via:

Posted Dec 27, 2019 at 01:16pm
I grew up across the road from where Millie lived in Arrowsic. As a child, I remember riding my bike down their road. She would always stop and talk with my sister and I. I remember Millie coming to our door on many occasions but mostly as our town health officer. I would always see her out shoveling out the mailboxes after a snow storm. Millie was such a kind hearted soul and will be sadly missed!!
Allison Lee (Brawn) Stanley, Arrowsic 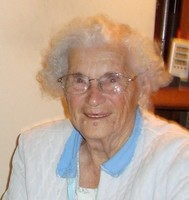