To share your memory on the wall of Robie Robbins, sign in using one of the following options:

Robie enlisted in the Army during World War II. He was a sharp shooter fighting in the Asian Theatre. He was always proud to say that he was in Luzon Bay Philippines the day the peace treaty was signed that ended World War II. After the war ended he transferred to the Army Air Corp where he trained as a mechanic.

Robie held many jobs rich life. He had his own garage in Union in the 1950’s, he worked at Union Creamery, FMC as a boiler operator, Sea Pro, Steel Pro, and Butler Maxcy and Heath to list a few. He “retired” at 92 from plumbing and heating. He always felt that retiring was his “biggest mistake” as he had been healthy until then. He lived within 5 miles of his birthplace his entire life. He met and married Christine Dorr in 1952 while working on a road project on Bailey Island, Maine.

Robie was a member of the Eastern Star, Shriners, Scottish Rite, and the Masons. Robie was an amazing role model to his family and his community. A humble man, there would be few people in the town of Union who had not been a recipient of Robie’s kindness and generosity. He had a thirst for knowledge, an adventurous spirit, and a heart of gold. He will leave his family with wonderful memories and his examples of an exemplary life.

He was predeceased by his wife Christine Robbins; Sisters Louise Copeland and Delia Starrett; Brothers Loren and Aldeverde Robbins.

A special thanks to Meredith, Sue, Alicia, Peggy, Kevin, Ken, Tom, and Karen. This group of people enriched and brought joy to Robie in the last year of his life. Thanks to all the great neighbors and friends who stopped in to brighten Robie’s day. You are all a testament to his good life. Also thank you to Susan and George Rogers for giving Robie’s “primary caregiver” Maxi the cat a loving home.

We encourage you to share your most beloved memories of Robie here, so that the family and other loved ones can always see it. You can upload cherished photographs, or share your favorite stories, and can even comment on those shared by others.

Bruce and Gail, John and Annie, Jamie and Carissa sent flowers to the family of Robie B. Robbins.
Show you care by sending flowers

Guaranteed hand delivery by a local florist
BC

Bruce and Gail, John and Annie, Jamie and Carissa

Posted Jan 15, 2020 at 12:30pm
Wishing you peace to bring comfort, courage to face the days ahead and loving memories to forever hold in your hearts.

Bruce and Gail, John and Annie, Jamie and Carissa purchased the The FTD Pastel Peace Basket for the family of Robie Robbins. Send Flowers 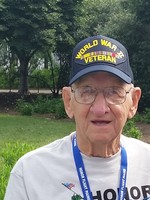