To share your memory on the wall of Stuart Greenleaf, sign in using one of the following options:

Print
Stuart Emery Greenleaf, 83, passed away peacefully on January 22, 2020 at his residence with his loving family by his side.

Born in Boothbay on October 12, 1936, to Elaine and Emery Greenleaf. He graduated from Boothbay Region High Schoo... Read More
Stuart Emery Greenleaf, 83, passed away peacefully on January 22, 2020 at his residence with his loving family by his side.

Born in Boothbay on October 12, 1936, to Elaine and Emery Greenleaf. He graduated from Boothbay Region High School in 1954, and upon graduation enlisted in the United States Air Force. Stuart worked as an Avionics Technician and flew on B47E and B52H bombers. He was discharged in 1965. In 1966 he married Ruth Barter. In 1967 Stuart joined the U.S. Navy as Avionics Technician on A6A and A6C attack aircraft in the Vietnam War. He went to Vietnam on the USS Enterprise and USS Ranger, also evacuation of Saigon on the USS Midway in 1975. Stuart retired in December 1975.

He loved hunting, fishing, skeet shooting and traveling the north woods of Maine with friends and especially with partner Kitty Kimball. He belonged to the American Legion and Life member of the Veterans of Foreign Wars.

He is survived by daughter, Kellie Reardon and husband James of Sangerville, ME and son Scott Greenleaf of Barters Island, ME. Granddaughters Alaina, Lindsey and grandson Dylan Reardon. Sisters, Sara Thompson and husband Wayne of Los Osos, California, Priscilla Harrison and husband Myrl of Sun City West, Arizona, and many nephews and nieces.

Visitation for Stuart will be held at Hall’s Funeral Home, 975 Wiscasset Rd. Boothbay from 5 to 7 pm on Friday, January 31, 2020. Burial will be in the spring in Evergreen Cemetery, Boothbay, Maine

We encourage you to share your most beloved memories of Stuart here, so that the family and other loved ones can always see it. You can upload cherished photographs, or share your favorite stories, and can even comment on those shared by others.

Posted Jan 25, 2020 at 09:33am
An Air Force co-worker, a hunting and fishing buddy and true friend for over 60 years. We shared many good times, the same middle name, and daughters named Kelly. I will miss you greatly Stu. Thank you Scott for thinking to phone me. Don Irish
Comment Share
Share via:
NP

Posted Jan 24, 2020 at 06:28pm
What a wonderful tribute to a wonderful man. We are very proud to say we have been his neighbor for 20 years. He is one of a kind. Love him and Love the family. You are having fun with all the other loved ones that passed. Please ignore some of the things I do when looking upon me. I keep trying. You are laughing at me now. Love you, see you again! Love Doug and Nancy. Oh by the way, we will take care of Scott! 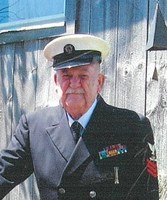