To share your memory on the wall of A. Wigglesworth, sign in using one of the following options:

Provide comfort for the family of A. Wigglesworth with a meaningful gesture of sympathy.

A graduate of Natick High School, he enlisted in the
Navy and proudly served as a Quartermaster
aboard the USS WASP.

After meeting Laurel, his wife of 41 years, they
resided with their children in Thomaston.

His love of the building trade eventually resulted in
self-employment as Character Construction with
pride in building "from the foundation to the roof and
everything in between". While serving many years
on the Town of Thomaston Assessors Board, most
recently as the Chairman, he at one time held a
license as a Certified Assessment Technician.

After surviving cancer twice since 2014, he was
recently diagnosed again and over the past five
months had been receiving treatment at the VA
Hospital. He loved his family, special friends, his
cocker spaniels, Stephen King Novels, music and
his Harley Davidson. He can be quoted as saying
he "Lived Life on Life's Terms".

We encourage you to share your most beloved memories of A. here, so that the family and other loved ones can always see it. You can upload cherished photographs, or share your favorite stories, and can even comment on those shared by others.

Posted Feb 07, 2020 at 04:17pm
Our whole family loved Fred. Everywhere we look in our home it seems Fred touched it, built it, tiled it, painted it, or made it. He was a loyal friend and employee for 25 years. He was brilliant and could do anything. Here is with his best friend and son Fredric. We will all miss you, Fred. Rest in Peace. From Reade, Martha, Jesse, Lucas, & Isaac Brower 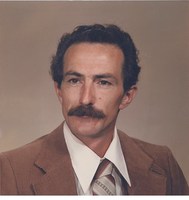 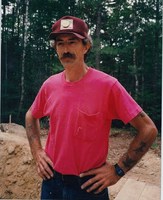 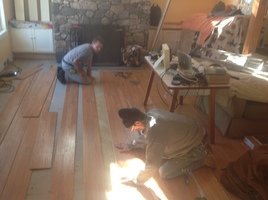 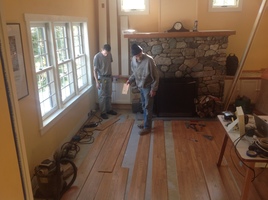