To share your memory on the wall of Janet Partridge, sign in using one of the following options:

Provide comfort for the family of Janet Partridge with a meaningful gesture of sympathy.

Print
Janet Fay Partridge, formerly of Appleton and Portland, Maine, passed away peacefully at Knox Center in Rockland, Maine on Wednesday, February 26, 2020 at the age of 72.

Janet was born on April 1, 1947, the daughter of Avis (Gurney) and... Read More
Janet Fay Partridge, formerly of Appleton and Portland, Maine, passed away peacefully at Knox Center in Rockland, Maine on Wednesday, February 26, 2020 at the age of 72.

Janet was born on April 1, 1947, the daughter of Avis (Gurney) and Ethan Partridge. She attended grade school in Appleton, Maine, and graduated from Camden High School in 1965. She worked in Connecticut for a time, before returning to Maine in the early ‘70’s to attend and graduate from the University of Maine at Orono in 1976. She worked as a real estate paralegal for title companies in Portland, Maine in the ‘80’s and ‘90’s. She is remembered fondly by many former coworkers as a gentle soul, with a smart, quick sense of humor and a great compassion for others. She was an avid reader, loved cats and puzzles and all things Disney. She enjoyed watching NASCAR, and never failed to thank God for her blessings.

She was cared for and will be missed by her loving step-brother Bob Clark and his wife Noreen Clark, of Appleton, Maine; her beloved niece Rachel Kehoe of New Hampshire; her friend Janet Cyr Ledoux of Saco, Maine; and the caring staff of Knox Center. “She was a friend to all, and never said an unkind word about anyone.”

A burial ceremony at Pinegrove Cemetery in Appleton, Maine is planned for the spring

Print
A burial ceremony at Pinegrove Cemetery in Appleton, Maine is planned for the spring

We encourage you to share your most beloved memories of Janet here, so that the family and other loved ones can always see it. You can upload cherished photographs, or share your favorite stories, and can even comment on those shared by others.

Posted Mar 13, 2020 at 10:43am
Janet and I began our real estate paralegal careers together in Rockland in the late seventies. She rented an apartment near our office and walked to work, going back to Appleton for weekend visits. She was a great co-worker, with her intelligence, wit, and dedication. Unfortunately, the real estate market collapsed and ended our collaboration. I hadn’t seen Janet in years but always remembered her with appreciation.
Sarah McBrian, Hope
Comment Share
Share via: 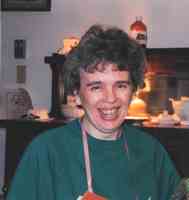