To share your memory on the wall of David Thompson, Jr., sign in using one of the following options:

Provide comfort for the family by sending flowers or planting a tree in memory of David Thompson, Jr.

David grew up in the Northfield, Connecticut. He graduated in the Class of 1994 at the Oliver Wolcott Technical High School in Torrington, CT.

After high school he began working with his father. After moving to Maine one of his favorite jobs was being a stern man for Brian Westhaver on the “Old Glory”. He worked as a carpenter for Ward & Sons Construction in Wiscasset and at the end of 2019 he began his own business, “New Level Builders.”

David loved Wiscasset Speedway, he spent the last six summers there with his family in the stands and then helping his friend Josh Bailey work his #2 car and then in 2018 and 2019 he was given the opportunity to be the driver for Ward & Sons Construction and they built the car #24. He was a member of the Riverside Masonic Lodge in Jefferson, a long time fire fighter in Damariscotta, and a firefighter/EMT in Northfield and Thomaston, CT.

He was well known for being a stubborn “Mexican”, yet comical guy and always willing to give a helping hand.

David is predeceased by his grandparents Margaret and David Snowden and brother-in-law Eric Manning.

A celebration of David’s life will be announced at a later date.

Print
A celebration of David’s life will be announced at a later date.

Posted Mar 22, 2020 at 07:30pm
I spent a lot of my childhood with David John and his sister. He and I spent hours smashing tonka trucks together. My prayers and love to all.
Sincerely,
Stephen Sok
Comment Share
Share via:
GC

Posted Mar 18, 2020 at 10:26am
My deepest condolences to Laura, her children, and all of Dave's family. I am saddened by the passing of this good man. Alhough I knew him only briefly when he worked on our house in Newcastle, we connected. He was competent, fair and fun. A light in this world has gone out.
George Santa Cruz
Newcastle, ME
Comment Share
Share via:

Posted Mar 18, 2020 at 10:17am
To the entire family, please accept my families deepest sympathy for your loss. I did not know David but I know his parents, Ed and Di. My heart breaks for you all. Please keep all those memories alive and keep your faith. Prayers will always be sent your way.

Posted Mar 17, 2020 at 07:09pm
I will miss that smile of his, he always would be sure to say hello and ask me how things were going. During baseball season he would stand up by the snack shack chatting and laughing, and helping to pass the time. His love for Laura and his kids is so evident in how he lived his life. My heart goes out to his entire family during their time of grieving, especially to Laura and his kids. Love you all.
Comment Share
Share via:
SW 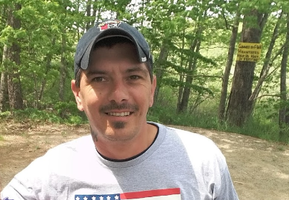 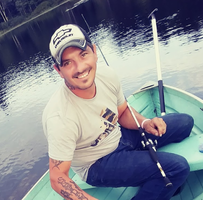