To share your memory on the wall of Ethyle Smith, sign in using one of the following options:

Ethyle Corinne Robbins was born on November 29, 1929 in Newark, New Jersey to the late, Lawrence Gordon and Mildred Annabelle Robbins. Tootie, nicknamed by her father, was the youngest of their three children.

Tootie’ s formative years were spent in Belleville, New Jersey before she moved to Florida with her family at the age of 6 or 7, where her dad found work during those difficult times. At her family’s moving sale, little did Tootie know she would meet her future husband, Don, who walked to their Wilbur Street home with his wagon in tow. He went home with some of Tootie’s books, one in particular, ‘Uncle Wrigley’. Tootie and her family returned to Belleville, NJ one year later to live with her grandmother on Greylock Parkway.

She graduated from Belleville High School in 1947 where she was a cheerleader, and by her senior year was holding hands with the star football player, Don Smith. After high school, Tootie received a certificate from The School of Comptomotry. She was able to apply her love for working with numbers in office positions for many years. Her first jobs were at The Clark Thread Company, Hayne’s Department Store, and Tiffany’s Engraving, all located in Newark, New Jersey. Tootie worked for 11 years for People’s Bank in Belleville, NJ, but the position she most enjoyed was with Lummus Combustion Engineering in Bloomfield, NJ where she input information from engineers and draftsmen into the computer.

Tootie married her high school sweetheart, Don Smith, Jr., more lovingly known as Smitty to her, on May 28, 1949 at Christ Episcopal Church, Belleville, NJ. By the time Tootie was 28 years old, she and Don had four children, Donald III, Corinne Susan, Kathleen Ruth, and Kimberly Ann. They raised their family in Belleville, New Jersey. Tootie had many cherished family memories, but the ones most dear to her heart were those spent every August on the beach in Seaside Park, NJ laughing with lifelong friends and watching her children and grandchildren playing in the sand, swimming in Barnegat Bay, and splashing in the ocean. The love of sand and sea were passed on to all of her children and grandchildren.

Tootie was a loving and devoted wife of 70 years, a loving and selfless mom, a tender grandmother, and an adoring great-grandmother who enjoyed holding and watching her great-grandchildren crawl and run through their home of 30 years in Little Egg Harbor, NJ where they retired in 1987. Tootie and Smitty outlived almost all of their dearest, close group of friends of 75 years with whom they played a weekly card game, enjoyed summering together, and annual trips to Las Vegas and Pennsylvania skiing.

In August 2018, Tootie and Don left their Jersey roots to move closer to their daughter and son-in-law in Maine. They arrived at St. Andrews Village where the staff welcomed, cared, and loved Tootie until the end of her life.

A celebration of life will be planned in the future when we can all gather.
Read Less

We encourage you to share your most beloved memories of Ethyle here, so that the family and other loved ones can always see it. You can upload cherished photographs, or share your favorite stories, and can even comment on those shared by others. 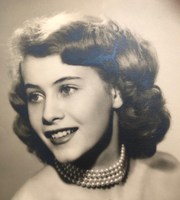 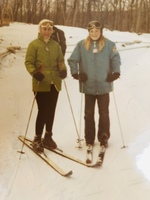