To share your memory on the wall of Ruth Bachelder, sign in using one of the following options:

She married Merrill W. Witham in 1941. She worked for the Portland Press Herald selling tickets for Gene Autry and Horace Height shows. Ruth worked in her family store until her husband Merrill died in 1954. Ruth married Kenneth Bachelder in 1961 and together they made their home in Westbrook. While living at Friendly Village in Gorham Ruth met Linwood “Lindy” Marsh, the best man she never married. Ruth and Lindy moved to Buxton where they lived together for twenty five happy years until Lindy passed away.

Over the years, Ruth worked for Union Mutual Insurance Co. (UNUM), as treasurer for the City of Portland, as manager of the Town Line Variety in Westbrook, and owned and operated
the Village Cake Shop from 1972 to 1985. In 1996, she moved to Warren and later to Thomaston to be near her daughter, Sandra, and her husband Carlton (Stubby) Burnell, and her grandchildren.

Ruth led an active live, enjoying bingo games, dancing, knitting and crocheting for volunteer work. She knitted hats and mittens for the local head-start and nursing homes. Ruth was very happy to share her talents with Sue and friends. She loved working on crossword puzzles, listening to country music, and watching her beloved Red Sox, win or lose, throughout the years.

The family is grateful for all of the care and love that Ruth’s best friend Irene Olson provided over the years. The family would also like to thank the entire staff at the Knox Center for their gracious care.

A graveside service will be held at the Pine Grove Cemetery in Falmouth on June 12th, 2020 at 11:00 a.m. . Should friends desire, contributions in Ruth’s memory may be made to the Knox Center Patient Activity Fund, 6 White Street, Rockland, ME 04841.

We encourage you to share your most beloved memories of Ruth here, so that the family and other loved ones can always see it. You can upload cherished photographs, or share your favorite stories, and can even comment on those shared by others. 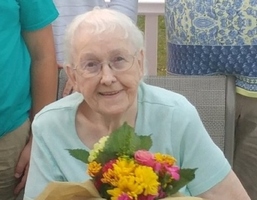 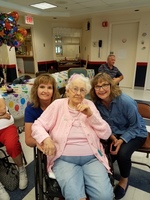 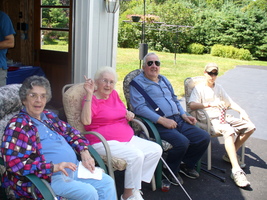