To share your memory on the wall of Donna Collamore, sign in using one of the following options:

She raised her family and then graduated as a C.N.A. from Mid Coast Tech. She worked caring for the elderly in various places settling at Miles Home Health and Hospice and later at Chase Point Assisted Living as a caregiver and medication aide on the Lincoln Health Miles Campus. She found caring for patients was very rewarding, and she enjoyed conversing with them about their former lives.

She was a member of the First Baptist Church of Waldoboro for many years. She served as a choir member, Sunday School Teacher, deaconess, and on various other ministries. She sang in the Gospel group, The Psalm Singers. She firmly believed the Word of God, that, to be absent from the body is to be present with the Lord. She loved family gatherings, spending time with friends, reading, watching a good movie, gardening and puttering around at her home. She had a passion for nature, especially being around the ocean, and enjoying the beautiful birds. She loved her Maine Coon Cat, “Ke Ke”, her baby girl. Her favorite time of all was being with her family.

She found pleasure and beauty in everyday and looked upon each new day as an adventure to be lived to the fullest, and hopefully to be a blessing to someone. She was a breast cancer survivor from June 2005 until her death on March 20th. She was predeceased by her parents, and her brother, Russell Luce.

A private family visitation will be held on March 25th at the Hall Funeral Home, 949 Main Street, Waldoboro followed by a burial at the Shuman Cemetery in Waldoboro. A public Celebration of Donna’s life will be held at the First Baptist Church of Waldoboro, 71 Grace Avenue, Waldoboro at a later date to be announced.

Should friends desire, contributions in Donna’s memory may be made to the First Baptist Church of Waldoboro Building Fund, P.O. Box 324,Waldoboro, Me 04572.

Print
A private family visitation will be held on March 25th at the Hall Funeral Home, 949 Main Street, Waldoboro followed by a burial at the Shuman Cemetery in Waldoboro. A public Celebration of Donna’s life will be held at the First Baptist Church of Waldoboro, 71 Grace Avenue, Waldoboro at a later date to be announced. Should friends desire, contributions in Donna’s memory may be made to the First Baptist Church of Waldoboro Building Fund, P.O. Box 324,Waldoboro,Me 04572 Arrangements are entrusted to Hall Funeral Home and Cremation Service, 949 Main Street, Waldoboro. Condolences can be shared with the family at www.hallfuneralhomes.com.

We encourage you to share your most beloved memories of Donna here, so that the family and other loved ones can always see it. You can upload cherished photographs, or share your favorite stories, and can even comment on those shared by others.

Posted Mar 28, 2020 at 05:36pm
to Donna's family, so sorry for your loss. I remember fondly playing with Keith, while my parents Gwen & Larry Jones visited with Donna & dick. Sometimes aunt Gladys was home from Michigan visiting at your house too. Donna always made us peanut butter & fluff sandwiches & koolaid. My favorite. Those were the good old days. Sounds like Donna's family has grown a lot since them. Take care of each other & cherish your memories. Love to all. Tracy Jones crowell
Comment Share
Share via: 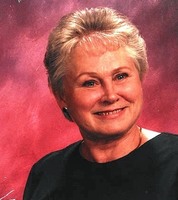