To share your memory on the wall of Randall Foster, sign in using one of the following options:

Provide comfort for the family of Randall Foster with a meaningful gesture of sympathy.

In 1956, he was introduced to Sarah (“Sally”) Morton of Yarmouth, Nova Scotia at the
Thomaston Ford dealership, by her cousin, Virgil Morton. After their marriage, they made their home in Friendship, having built a home there on family land in 1960. Randy enjoyed flying and took flying lessons from Arthur Harjula in Thomaston. He flew out of Arthur’s Thomaston airfield for years. After his retirement, Randy and Sally continued to enjoy sailing, cruising, and traveling. He was an avid reader and had a number of pets throughout his life. Randy also had a great interest in auto sports and attended numerous NASCAR events.

He joined Meduncook Lodge #211 AF&AM in 1953, served as Master, Treasurer for 25
years and Secretary for 15 years. He was also an active member of Medomak Chapter, King Solomon’s Temple Chapter, and Keystone Chapter R.A.M. King Hiram Council, Claremont Commandery, Valley of Rockland, Maine Consistory and Kora Shriners. He had served as District Deputy Grand Master and in various Grand Chapter offices including District Deputy. He was a member of Tamerlane Conclave KRC, a life member of Stone Scott Watson Post VFW, the DAV, the Sportsman's Alliance of Maine, the NRA, Midcoast Shrine Club, Sigma Chi Fraternity, Old Village Cemetery and the Friendship United Methodist Church. Active for many years in local affairs, he was honored in 1996 by having the Friendship Town Report dedicated to him. In 2011, he fulfilled a long time ambition by becoming a shareholder of the Green Bay Packers.

Predeceased by a daughter Cheryl Anne and his wife Sally, he is survived by his daughter Sarah Katharine, grandchildren Douglas, Randall, and Serena. He is also survived by his brother Walter.

There will be a memorial service to be held at the Village Cemetery in Friendship at a later date.

In lieu of flowers, memorial donations may be made in Randy’s memory to: The American Cancer Society, NE Division, One Bowdoin Mill Island, Suite 300, Topsham, ME 04086 or to the United Methodist Church of Friendship, PO Box 189, Friendship, ME 04547

Hall’s of Waldoboro has care of the arrangements. To extend online condolences, visit the families Book of Memories at www.hallfuneralhomes.com.
Read Less

Print
There will be a memorial service to be held at the Village Cemetery in Friendship at a later date.

We encourage you to share your most beloved memories of Randall here, so that the family and other loved ones can always see it. You can upload cherished photographs, or share your favorite stories, and can even comment on those shared by others.

Posted Apr 23, 2020 at 06:05am
Deepest sympathies to Randy's family. I've known Randy all my life . He was my supervisor at the DOT but I have considered him more as a friend.- Sincerely, Bruce Jameson
Comment Share
Share via: 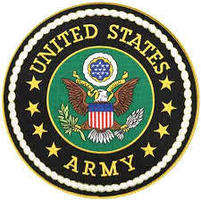 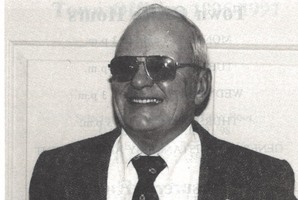 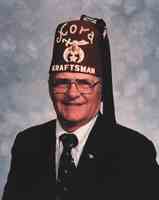