To share your memory on the wall of Jesse Owen, sign in using one of the following options:

Provide comfort for the family of Jesse Owen with a meaningful gesture of sympathy.

Jesse enjoyed watching Nascar races and was a big fan of Jeff Gordon and the 24 car. He loved rock n roll music and could often be found listening to Aerosmith, Lynyrd Skynyrd, Guns N Roses, and Alice Cooper. He had a dry sense of humor and was always laid back. He will be remembered as an honest good man who loved his family. He was proud of the life he made for himself and his family and there was nothing that would make him light up like talking about the love of his life Kelley and his two kids. Hailey and Aron.

A graveside service will be held on Tuesday May 19 2020 at 1pm evergreen cemetery. Due to covid restrictions this will be a drive by service at the cemetery. Anyone wishing to be in the procession should meet at Hall Funeral Home 975 Wiscasset Road Boothbay, ME. Family and friends are encouraged to leave their memories of Jesse on his book of memories page which can be found by visiting
Read Less

We encourage you to share your most beloved memories of Jesse here, so that the family and other loved ones can always see it. You can upload cherished photographs, or share your favorite stories, and can even comment on those shared by others. 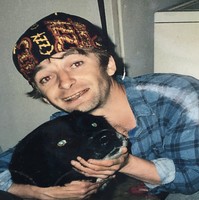