To share your memory on the wall of Joan O\'Neill, sign in using one of the following options:

Print
Joan Florence (Swanson) O’Neill, 88, of Friendship, Maine, died Tuesday, May 12, 2019 in Rockland, Maine. She was the beloved wife of the late John F. O’Neill, and the mother of four daughters.

Joan was born on December 18, 1931 to A. John and Florence (Anderson) Swanson, joining her beloved older brother, John Robert “Bob” Swanson in the growing family on Brush Hill Road in Milton, Massachusetts. Joan’s birthday was exactly one week before Christmas and throughout her long life, it was joyfully celebrated as an early holiday gift for all of her family.

A precocious, diligent and studious child, Joan accelerated through secondary school, graduating from Milton High School at the age of sixteen. After a brief interest in attending Simmons College in Boston to train as a secretary, Joan enrolled in Massachusetts College of Art in 1948. To the end of her days, Joan relayed stories of her Mass Art experience - her happiness at escaping the more expensive and limiting college education at Simmons, discovering her talent in art which would bring her great joy and accomplishments throughout her life, as well as meeting her future husband, John F. O’Neill. According to her stories, she was the one early smitten, leading to an uncharacteristically aggressive pursuit. They were married in 1953 and would enjoy a long and happy union of 66 years.

John and Joan began their life together in the western suburbs of Boston, first in Framingham and later in Wayland, Massachusetts. Together they raised four daughters. As the girls grew older and became more independent, Joan embarked on her own career, exploring her formidable talents in abstract painting as well as a long teaching career as an elementary school art teacher, first at a private school in Dover and later at Happy Hollow in Wayland.

John was endlessly proud of her achievements, to the end of his days proclaiming her talents and noting that among her peers on their street in Wayland, Joan was the only working mother with an accomplished career. It was a legacy she would pass on to all four of her daughters.

In 1980, John and Joan relocated to their beloved second home in Friendship, Maine where Joan joined the faculty at Lura Libby Elementary School in Thomaston, beginning the last but most cherished segment of her career. Neighborhood friends remember the beauty of her art school exhibits on Parent Visiting Days, and how notable they were not only for the quality of the art work but also for Joan’s efforts, mounting every work on a color-coordinated mat, demonstrating her commitment to ensure that every student in the school felt they were special. Those qualities were in ample evidence to her four daughters, where she is remembered as the most selfless, compassionate, and caring of mothers.

John and Joan enjoyed almost forty years of a peaceful life at their beautiful home in Friendship, which was frequently enlivened by family reunions with their daughters and their ever-growing families.

We wish to acknowledge the wonderful team at the Knox Center for Long Term Care which provided caring and unending support to our mother in the last months of her life. To support their future efforts, contributions can be made in memory of our mother to the Knox Center, 6 White St., Rockland, ME, 04841.

Joan's family have chosen to remember her life privately.

Hall's of Waldoboro has care of the arrangements. To extend online condolences please visit the families Book of Memories at hallfuneralhome.com.
Read Less

Print
There are no service plans at this time.

We encourage you to share your most beloved memories of Joan here, so that the family and other loved ones can always see it. You can upload cherished photographs, or share your favorite stories, and can even comment on those shared by others. 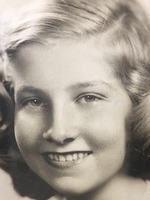 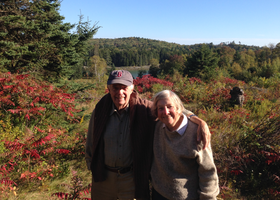