To share your memory on the wall of Terry Holmes, sign in using one of the following options:

Print
Terry Glen Holmes, 58, passed away on June 13, 2020 at his home in Boothbay. He was born in Boothbay Harbor the son of the Julia Giles Holmes and the late Robert Holmes. He grew up in the region and attended local schools.

He was a hard... Read More
Terry Glen Holmes, 58, passed away on June 13, 2020 at his home in Boothbay. He was born in Boothbay Harbor the son of the Julia Giles Holmes and the late Robert Holmes. He grew up in the region and attended local schools.

He was a hard worker and enjoyed his time working as a carpenter with his father for Robert Holmes Builders. He also spent some time working for Bath Iron Works.

Terry enjoyed being outside and could often be found fishing, boating and camping. Terry had a thirst for knowledge and was always trying to learn about history reading plenty of books and watching documentaries and movies on the subject. He liked movies, music, and cooking. He was also a collector of many things and was always working on his various collections and finding unique ways to display them around the house. He was a people person and enjoyed spending time with his friends and family. He was also quick to help those in need when he was able to.

He was predeceased by his father Robert Holmes

As well as his many grandchildren, aunts uncles, nieces, nephews and cousins.

A graveside service will be held on Thursday June 18, 2020 at 1 O’clock in the afternoon at Evergreen Cemetery in Boothbay. In accordance with the Governor’s orders please be mindful of no more than 50 people to gather and that face masks should be worn and social distancing should be maintained during the service.
Read Less

We encourage you to share your most beloved memories of Terry here, so that the family and other loved ones can always see it. You can upload cherished photographs, or share your favorite stories, and can even comment on those shared by others.

Posted Jun 18, 2020 at 11:36am
I was was sorry to hear of Terry's passing...my heart goes out to his Mom and family. Terry was my first cousin. I remember him as a little boy, he was just the cutest kid! Very busy little guy. He was quite a bit younger than me so we didn't have a lot of contact through the years. Thinking of you all...
Love, Kathy
Comment Share
Share via:
G 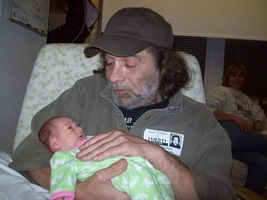 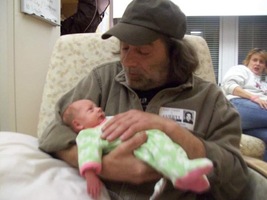