To share your memory on the wall of Richard Kirkpatrick, sign in using one of the following options:

Print
Richard Everett Kirkpatrick passed away on September 2, 2020. He was born in Rockland, Maine on August 4, 1947 to the late Stephen and Laura (Storer) Kirkpatrick of Union.

He went to and graduated from Union High School in 1966. After g... Read More
Richard Everett Kirkpatrick passed away on September 2, 2020. He was born in Rockland, Maine on August 4, 1947 to the late Stephen and Laura (Storer) Kirkpatrick of Union.

He went to and graduated from Union High School in 1966. After graduating, he served his country by enlisting in the Air Force serving for 4 years, including serving in the Vietnam War. When his time in the Air Force ended he returned to Union and drove trucks for a number of companies throughout the area including Thurston Brothers. He then gained interest in the trade of heating in plumbing, taught to him by Bob Heath, at Butler, Maxcy, and Heath, which ended up being his life’s work.

Everyone who knew Richard will remember him as one of the hardest workers in the mid-coast. If anyone in Union had a heating or plumbing need, Richard was the one they called on. You could depend on him and his work, he might have even cut you a deal if you asked. Under Richard’s care, the Union cemeteries and the “Common” looked their best. So many people benefited from Richard’s hard work and generosity, but no one more than his children. They all are so grateful to have received the Kirkpatrick hard-working gene.

He was a fixture in the town of Union, a regular at the Come Spring Cafe, member of the MidCoast Shriners, as well as a member of the Union Masonic Lodge #31. Richard was a man of few words, but he always had a one-liner for you that would elicit a chuckle. He enjoyed playing cards, especially cribbage and being with friends. His love for cars resulted in him purchasing a few corvettes and other antique cars throughout the years. During fair season, Richard could be found entertaining the crowd as he smashed up a car or two in the fair’s main attraction, the demolition derby. He was known as someone who’d do anything for anyone, no matter the cost to him.

Richard’s family would like to thank the members of the Union Fire and Ambulance who responded and supported him during his last hours. A small, private graveside service will be held for the family.

A gathering to celebrate Richard’s life will take place in the summer of 2021. In lieu of flowers, please make a donation in Richard’s name to Union Fire and Rescue, PO Box 186, Union, ME 04862.

Arrangements are entrusted to Hall Funeral Home, 949 Wiscasset Road, Waldoboro. Condolences can be shared with the family at www.hallfuneralhomes.com
Read Less

Posted Sep 09, 2020 at 07:50am
Richard was a fine man and loyal friend. I left a Christmas gift for him every year at Come Spring because when he came to our home in Friendship to solve a problem, he never would accept money. He shared with me his struggles with Agent Orange and his fight for survival against difficult odds. He will be greatly missed.
Rep. Jeffrey Evangelos and Harolyn York
Comment Share
Share via: 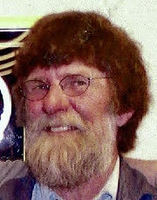