To share your memory on the wall of Jane Harlow, sign in using one of the following options:

She will be greatly missed by her remaining friends and family. The children and grandchildren of her close cousin Barbara are very thankful for all the happy hours she and Louise spent with them at the beach, eating Len Libby’s candies at the farm in Maine, playing card and board games and having tea parties with dolls. They would like to sincerely thank Larry of Atria Maplewood, Malden, MA and the caring staff of Quarry Hill, Camden, ME for befriending, caring for and valuing Jane these past few years. For those of you who knew her, raise a glass of Scotch to honor an exceptionally fine woman.

Services will be private per Ms. Harlow’s wish. Memorial donations may be made to melrosesymphony.org.

Halls of Waldoboro, ME has care of the arrangements. To extend condolences visit www.hallfuneralhomes.com.
Read Less

Print
Services will be private.

We encourage you to share your most beloved memories of Jane here, so that the family and other loved ones can always see it. You can upload cherished photographs, or share your favorite stories, and can even comment on those shared by others. 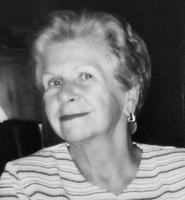