To share your memory on the wall of Robert Lane, sign in using one of the following options:

He attended Wiscasset High School. Robert married Ruth Gilbert of Waterville, daughter of Napoleon and Cecelia Gilbert. He joined the Army and was in the Viet Nam War. He then worked at Bath Iron Works for 20 years and Washburn & Doughty for 15 years.

Robert enjoyed gardening, fishing and boating in his leisure time.

Robert is predeceased by his parents, and his sister Sylvia Lane of Lewiston. He was a long-term partner to Barbara Wright of Whitefield, daughter of George Robert Wright Sr and Eva Louise Berry of South Windham, who also predeceased him.

He is survived by his two daughters Tina M. Shaw of Buxton and Mary L. Lupien of Waldoboro, his brother Harvey Lane of Wales and sisters Marlene Lightfoot Lane of Colorado.

A private family gathering will be held at a later date.

Contributions may be made in Robert’s memory to St. Jude Children’s Hospital, 262 Danny Thomas Place, Memphis, TN 38105 or www.stjudge.org.

Friends and Family are invited to share their memories of Robert by visiting his book of memories at www.hallfuneralhomes.com. Arrangements are entrusted to Hall Funeral Home 949 Main Street Waldoboro, ME 04572.
Read Less

Print
A private family gathering will be held at a later date.

Posted Dec 15, 2020 at 04:03am
One of my many memories I have. Going to camp visiting Bob and my mom. We would stay the night there in one of the campers or bring our tent. Bob loved to take his boat out we would all go with. Christmas time was one of his favorite time when we all got together at mom's laughter joking and sharing present and having good food.
the best memory I have of Bob is when he met my mom. I saw her face light up every time she would talk about him. My kids called him grandpa and or Bob. he pretty much answered to both. My kids would look forward going to camp n the summer time,
Bob I will miss you . I am sorry I didn't take the time to stop by. Tina Golden
Comment Share
Share via:
LJ

Posted Dec 09, 2020 at 03:19pm
Bobby Lane was a true friend to my father Larry Stegna Sr. and to our family. They worked together at Bath Iron Works after our family moved here to Maine in 1979. Bobby found my father a piece of land in South Bristol that was for sale for my father to build our family's house on. Then Bobby helped my father clear that land to build the house. Bobby even rented my father a house in Damariscotta for next to nothing while my father built that house. Bobby Lane was a very good and selfless man. God bless his heart.
Comment Share
Share via:
CD

Posted Dec 08, 2020 at 07:34am
I will miss our shenanigans at camp ! Fire pits and fire works , sharing stories and offering each other advice . It won’t be the same without you . 🙏
Comment Share
Share via: 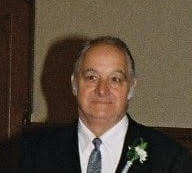