To share your memory on the wall of Patricia Dibert, sign in using one of the following options:

Print
On February 13, 2021 Patricia Ann Dibert of Waldoboro, Maine passed on peacefully while surrounded by family near and far. While she may have left us physically she remains on in spirit and in soul.

Born June 11, 1956 to Ida Louise Cocco... Read More
On February 13, 2021 Patricia Ann Dibert of Waldoboro, Maine passed on peacefully while surrounded by family near and far. While she may have left us physically she remains on in spirit and in soul.

Born June 11, 1956 to Ida Louise Cocco and Theodore (Ted) Norman Cocco, Pat began her life in Sylacauga, Alabama. While growing up Pat lived in additional states such as New York, California, Maine, Texas, and eventually returned to New York where she graduated high school as well as met her former husband Alan Dibert. Together they had three children. Ultimately Pat made Maine her permanent home along with all three children.

Pat was the second oldest in her large group of siblings. Even as a child family was always first and foremost. She continued through her entire life with this belief teaching others along her journey to think only with their heart, to help anyone in need, and to always forgive even when forgiveness is hardest. Through the years Pat held numerous jobs but loved and is most known for following in her father’s footsteps of selling blueberries every year. If you live in or have visited the Mid Coast area of Maine you have most likely passed a blueberry stand of Pat’s. She also loved crafting and making personalized gifts for her family and friends, and often their friends. In later years she developed in intense passion for her Cricut, often spending hours making just the perfect gift. She most loved spending time with her family and was both a devoted mother to her children and Memaw to her grandchildren. There was nothing she would not do for them and had a deep love for playing board and card games.

She was predeceased by her parents Ida and Theodore Cocco as well as older sister Linda Sue Lee Olejniczak of New York and younger sister Sara Irene Chind also of New York.

“Those we love don’t go away, they walk beside us everyday. Unseen, unheard, but always near. Still loved, still missed, and very dear.” We will always look for your signs.

Any donations can be made to any Cancer or Diabetes research of your choice.

A Celebration of Pat’s life will be held at a later time.

Print
A celebration of Pat's life will be held at a later date.

We encourage you to share your most beloved memories of Patricia here, so that the family and other loved ones can always see it. You can upload cherished photographs, or share your favorite stories, and can even comment on those shared by others.

Posted Feb 18, 2021 at 09:02am
May you rest in peace my friend. Your mom and I met in Head Start and I was one of your babysitter's. Pat was very helpful to many people and she's a caring loving person. Always wanted the best for everyone. I know she was there for me ! I can still picture her being that kind of person for I was planning on coming to visit her but don't know what happened after she came back from Florida.
Maybe she wasn't well then, don't know .
I have always had pat and her family in Heart. Good people are hard to come by . We have always kept in touch through out the years.
Comment Share
Share via:
KC

Posted Feb 17, 2021 at 04:03pm
Thinking of everyone during this difficult time. My love and prayers are with you all. 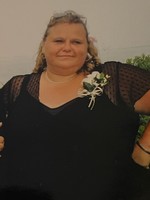 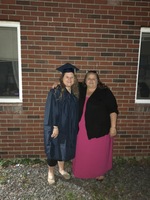 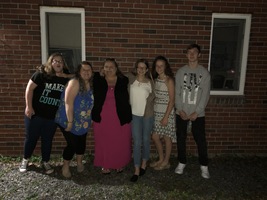 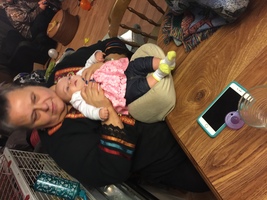