To share your memory on the wall of Mary Guptill, sign in using one of the following options:

Print
Mary P. Guptill passed away in her home on Tuesday, February 23rd, 2021 in Nobleboro, ME. She was surrounded by her devoted, attentive and loving sons, her dedicated and faithful partner of 15 years, and family.

Mary was born on Septemb... Read More
Mary P. Guptill passed away in her home on Tuesday, February 23rd, 2021 in Nobleboro, ME. She was surrounded by her devoted, attentive and loving sons, her dedicated and faithful partner of 15 years, and family.

Mary was born on September 15th of 1947 in Waldoboro, ME. She had attended and graduated from Waldoboro High School in 1965. Her hard-working disposition was displayed by the many jobs she had acquired over the years, which included digging clams, being a stern woman, a line worker at Sylvania, and held many other titles all before becoming a committed bus driver.

Mary was very well known within the MSAD 40 community and the Nobleboro School District for her 40 plus years of driving the school bus. Although, many past and present students remember her as being strict, and being the scary bus driver, she was highly recommended by the athletic community for being their “Chariot” driver to away games. Many coaches had praised how timely, and safely, they had arrived to the destination. Parents of athletes expressed how comfortable, and the sigh of relief they had felt knowing their child was in her hands.

Although, formally known as Mary, she had other names that she was addressed by; Ma by her sons, Aunt Ma by her nieces, nephews, and many other close friends, Grammie by her grandchildren, and a personal favorite, and one that many knew her by in the MSAD 40 community, “Scary Mary.”

She was known as being one of the hardest working women anyone had come to encounter, but was also defined by her stubbornness, determination, diligence, thoroughness, and tough but oh so tender love. Many learned to quickly not question her, as her mind was always working and she always had a set plan.

Mary was passionate about dancing, playing cards, and adored the color red. Although, red was her favorite color, she loved the idea of many colors as she had expressed this by painting the rocks along her driveway. There was no pattern to these, and when asked why, she simply stated, “Because I like it, that’s why.”

Her most treasured time was spent with family; her siblings, sons, grandchildren, great grandchildren, nieces, nephews, aunts, uncles, and cousins. She thoroughly enjoyed taking her grandchildren to see the movies to see the latest Pixar or Disney movie. She loved having big cookouts, gatherings, and anything that involved lots of laughter and a place where she could use the excuse to make a grand meal. These gatherings also included one of her favorite nights of the week, Wednesday evening as this was card night. She despised the idea of being stuck at home, which many can remember seeing her out on the road looking for the next adventure or task that needed to be accomplished.

Friends and family are invited to a walk-through visitation for Mary on Sunday, February 28, 2021 from 2-4 p.m. at Hall’s of Waldoboro. Masks and social distancing are required. Because of COVID restrictions, the family will hold a private funeral service for Mary.

In lieu of flowers donations can be made in memory of Mary Guptill at Shriners Hospital for Children (donate.lovetotherescue.org), or St. Jude’s Research Hospital (stjude.org).


Hall’s of Waldoboro has care of the arrangements.
Read Less

We encourage you to share your most beloved memories of Mary here, so that the family and other loved ones can always see it. You can upload cherished photographs, or share your favorite stories, and can even comment on those shared by others.

Posted Mar 06, 2021 at 08:18am
Dear family of Mary, and her Maine friends and community, I was saddened to hear of Mary's death in the Pen Bay Pilot. For several years I was living in Australia, and didn't keep a car in Maine, so whenever I needed to be picked up or dropped off from Boston Logan or Portland, Mary would help out by driving me up and down the coast. She was a real Mainer, with an indomitable spirit, and how we talked on all those rides. I heard about her childhood, her mother and father, her family, her cancer in her 30s and how she out-lived her prognosis by decades, all her different jobs, her love of lobstering with her son, how she danced every Wednesday night, her big cook-outs for the family for celebrations and holidays...I loved all her stories, and picking up the story threads of her life each time we met. She also learned a lot about my life through her curiosity and questions. She said she always had wanted to see an Australian Kangaroo, so I sent her cards from Australia with Kangaroo motifs, and she brought lobsters over when I was in Maine and always refused to take any payment for them. I will miss Mary greeting me at the airport or at my house in Rockland, in her cheery large red truck. She was such a great driver and then became a friend, I always felt safe and happy in her truck. My deepest condolences to her sons, her family, Bill and all her many friends. She was a one of kind Maine woman, and I am glad to have known her. 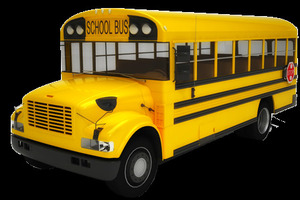