To share your memory on the wall of Gwenith Gee, sign in using one of the following options:

Print
Gwenith Neal Gee passed away March 25, 2021, at the age of 91 at Pen Bay after a period of declining health.

She was born October 19, 1929 in Dexter to Joel Neal and Doris Martin Neal; she was the youngest child. After graduating from H... Read More
Gwenith Neal Gee passed away March 25, 2021, at the age of 91 at Pen Bay after a period of declining health.

She was born October 19, 1929 in Dexter to Joel Neal and Doris Martin Neal; she was the youngest child. After graduating from Hartland Academy, Class of 1948, she married her high school sweetheart, Thomas B. Gee. Devoted wife, wonderful mother to her five sons and adoring grandmother to her five grandchildren and great grandchildren. Gwen and Tom moved to Marblehead, Ma. and raised their young boys. During the twenty years they lived in Marblehead, Gwen enjoyed playing softball with the Women’s Softball League and bowling with the Women’s Bowling League.

Gwen and Tom returned to Maine and operated their own business, Gee’s Egg Farm in Washington for many years. Family and home were the loves of her life and she took many family photos. Monthly, she made sure to decorate her home for holidays, especially for Christmas with extensive decorations and lots of presents for all to open.

In her retirement, Gwen took pleasure in living on the lake, feeding birds, watching wildlife, and the arrival of ducks every spring. She enjoyed watching her grandson, Cale, playing in basketball games and watching many dance recitals of her granddaughter, Curry, and great granddaughter, Avery Wing.

Private graveside service in the spring.

In lieu of flowers, please send donations to American Cancer Society or the American Heart Association.

Arrangements are entrusted to Hall Funeral Home, 949 Main Street, Waldoboro. Condolences may be shared with the family at www.hallfuneralhomes.com
Read Less

We encourage you to share your most beloved memories of Gwenith here, so that the family and other loved ones can always see it. You can upload cherished photographs, or share your favorite stories, and can even comment on those shared by others.

Posted Mar 29, 2021 at 10:38pm
We are so sorry for your loss Doug, Joy, Curry & Cale. We have such fond memories of Gwen while visiting at the lake with all of you when our kids were little. She was such a sweet & loving soul. We respected her very much! May she Rest In Peace! With Our deepest sympathies and heartfelt condolences, Everett, Tina, Nicole and Zachary Rideout
Comment Share
Share via: 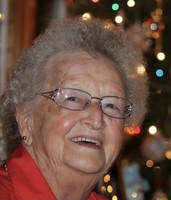