To share your memory on the wall of Douglass Knowlton, sign in using one of the following options:

Doug grew up in Rockland and attended local schools and graduated fr... Read More
Douglass L. Knowlton, Jr., 75, passed away at Togus VA on the morning of March 27, 2021. Doug was born on December 14, 1945 in Rockland, Maine to Clara S. Church Lane.

Doug grew up in Rockland and attended local schools and graduated from Rockland District High School in the Class of 1964. After high school he served the U.S. Army from 1964 to 1967 with a tour of duty in Vietnam for one year. Doug married Elaine Genthner in 1966.

Doug enjoyed woodworking, shooting at the rifle range, cooking, sharing his cooking with friends, donating Thanksgiving and Christmas meals, the great outdoors, golfing and Florida. He was a little league coach and loved following Scott’s in sports and watching him wrestle.

A walk-through visitation will be held on Thursday, April 8, 2021 from 4-7 pm at Hall’s of Waldoboro, 949 Main Street, in Waldoboro. Social distancing and mask requirements will be observed. A graveside service with military honors will be held on May 22, 2021 at 11:00 am at Riverside Cemetery in Waldoboro.

We encourage you to share your most beloved memories of Douglass here, so that the family and other loved ones can always see it. You can upload cherished photographs, or share your favorite stories, and can even comment on those shared by others. 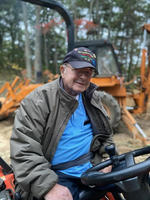 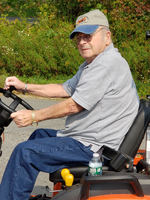