To share your memory on the wall of Shawn Pitcher, sign in using one of the following options:

One summer night in 1986, Shawn met a girl who would later become his wife, Betsy. They were married for 29 years, and had three amazing children together: Nathaniel Pitcher, Ciara Wildes, and Kai Pitcher. Shawn's children were his pride and joy, and he had loved them more than life itself.

Shawn was a longtime outdoorsman; he loved to hunt and fish. He cherished the time he spent in the woods of Spring Hill with his oldest son, Nathaniel. Shawn greatly enjoyed taking his yearly hunting trips with his father, Steve, to New York. One of his biggest passions was his music. Anyone who knew Shawn would know that he was always writing a song; he would constantly be picking away at his guitar or listening to music on his headphones. Throughout his life, Shawn was in various bands. He loved laying down tracks and recording his songs with Brian Howe. He shared his passion for music with his two youngest children and would perform with them at various local events.

Shawn's other passion was Brazilian Jiu Jitsu. He joined the Maine Jiu Jitsu Academy, and formed a lifelong bond with Aaron Blake and all of his other Jiu Jitsu brothers. He became a third degree blackbelt instructor and he taught a very successful kids class. He traveled to many places to compete, but his favorite place he went was Rio de Janerio, Brazil.

Shawn was a one of a kind person who stuck up for the underdog or would drop everything to help a friend. He was excitedly awaiting the birth of his first granddaughter who is due at the beginning of July. Now, he will be her guardian angel.

Shawn was predeceased by his mother, Martha Pitcher, his sister, Renee Debrowske, and his grandmother, Rose Pitcher. Shawn will be greatly missed by his children; Nathaniel Pitcher, and his girlfriend, Julia, Ciara Wildes, and Kai Pitcher of Edgecomb; his former wife, Betsy Wildes of Edgecomb; his sister, Stephenie Holbrook, and her husband, Mark Holbrook, of Barter's Island; his brother Corey Pitcher, and his wife, Angel Pitcher of Nobleboro; his father, Stephen Pitcher of Boothbay Harbor; his uncle, Lawrence Pitcher of Boothbay Harbor, aunt Marcia Silverstein of Florida and cousins, Lori Jones and Mike Jones. Uncle Alan and Aunt Helen of Winthrop, cousins, Deedee and Becky Hitt of Winthrop. Nieces, Crystal and Hayley, and nephews, Robbie, Keenan, and Riley; and his dog, Gracie.

A celebration of Shawn's life and legacy will be held on Sunday, May 23, 2021 at 1:00PM at the Flagship Inn's events building. We ask that everyone wear a band t-shirt or Jiu Jistu t-shirt in honor of Shawn.
Read Less

We encourage you to share your most beloved memories of Shawn here, so that the family and other loved ones can always see it. You can upload cherished photographs, or share your favorite stories, and can even comment on those shared by others. 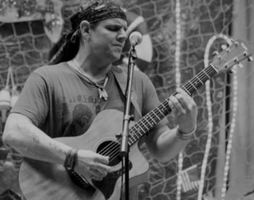