To share your memory on the wall of Pamela Meserve, sign in using one of the following options:

Pam and Kritz lived in Boston's Back Bay for several years and opened a leather and handmade jewelry shop on Newbury Street. It was also here that their daughter Vicki was born. But Maine was calling and they made the move to Damariscotta.

After moving to Maine Pam and Kritz opened a print and copy shop, first called Victoria Print Shop and then Copycat which they ran until Kritz’s passing in 2001. Pam then went on to work for Hannaford in Damariscotta where she worked for several years in the Pharmacy. Pam also worked and volunteered at Spectrum Generations.

Pam's volunteer spirit led her to the Order of Eastern Star. She was an officer in the local Damariscotta Lodge Beacon # 202 and was very active in regional and state Eastern Star activities.

Pam loved to travel and was especially fond of two trips, one after high school which saw her travel to Norway where she visited members of her mothers’ side of the family. The other trip was to Alaska where she enjoyed the picturesque landscape of the land.

Pam enjoyed spending time with her daughter Vicki and the two would often spend time together fishing. Pam loved to eat lobster but was not a fan of cooking them as she had a hard time dropping them in the boiling water.

Pam also spent much time with her brother Dave who had moved to Maine in 2010. Their outings usually ended at a restaurant...in the summer it was usually a lobster shack.

Pam was predeceased by her husband Kritz.

She is survived by her daughter Vicki Meserve of Appleton, Maine and her brother David Svens of Chamberlain, Maine.

A graveside service will be held for Pam on Saturday April 24th, 2021 at 11a.m. at Hall Cemetery, E. Pond Road, Jefferson, Maine.

Hall’s of Waldoboro, 949 Main Street, Waldoboro has care of the arrangements.You are invited to share your remembrances and condolences with the family by visiting their Book Of Memories page at www.hallfuneralhomes.com
Read Less

We encourage you to share your most beloved memories of Pamela here, so that the family and other loved ones can always see it. You can upload cherished photographs, or share your favorite stories, and can even comment on those shared by others.

Posted Apr 26, 2021 at 04:13pm
Pam was an amazing, kind and genuinely happy person. She was a joy to be around and will be missed. Judy and Eric Speck
Comment Share
Share via:
LL

Posted Apr 21, 2021 at 02:26pm
Dear Vicky, David and extended family,
I so adored Pam. Her bubbly, upbeat demeanor was infectious and made me smile every time I saw her.
We had wonderful chats.
Just thinking about Pam makes me smile. She was truly one of my favorite people and I will dearly miss her.
God has taken one of our best.

Posted Apr 20, 2021 at 12:08pm
Dear Vicki and David, I am so sorry about this news. Every time I got to see Pam, I was sure to laugh, and I was sure to learn something new about her wide-ranging interests. She seemed to know everyone, and even more remarkably, she seemed to like everyone. Every time I'd meet one of her friends, I'd marvel at how she could connect with so many people of so many backgrounds and dispositions. She would always update me about her daughter and brother, and her love for both of you was evident. She was my Mom's best friend and a dear friend to me and my wife, Steph. Pam greeted guests at my wedding, and I knew with complete certainty that each person would be warmly welcomed and made to feel in just the right place. This photo of her is from my wedding; she's holding Steph's violin which she was very nervous to do! I'll miss trips to the Maine State Music Theater and raucous dinners after the show. I'll miss her laughter, her bright and friendly spirit, and her kind friendship. I am grateful to have known Pam. She was one of the best. Sending you love and comfort from Karen Wyman 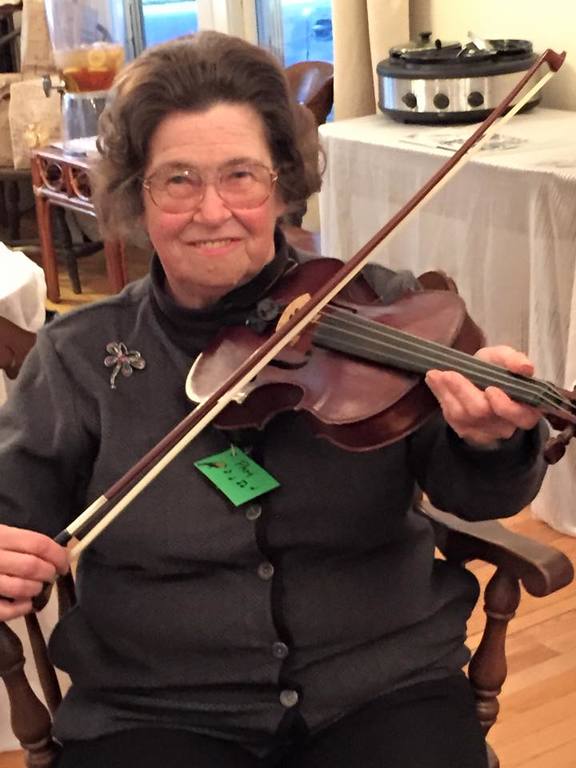 Posted Apr 17, 2021 at 10:56pm
I was so sorry to read of Pam’s sudden passing in today’s newspaper. Seeing her picture triggered many nostalgic images and pleasant memories of a pretty, blonde girl with a radiant smile. Because Pam was several years older than I, we didn’t “hang out,” but she was always friendly and warm, and I looked up to her as did many of the younger neighborhood kids. She was fun to be around and set a good example for all of us. Pam and Dave will always be an integral part of the Bond Street/Arlington Street crew. My sincere sympathy to Dave and Vicki. May she rest In Peace.
Comment Share
Share via: 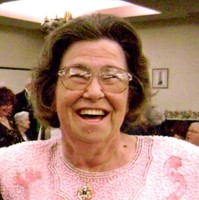 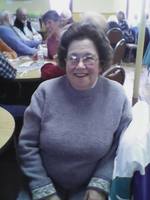 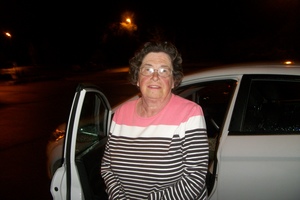