To share your memory on the wall of Donald Brewer, sign in using one of the following options:

Born in his family home on West Southport, January 30, 1936. He was the first of three children born to Leslie and Dorothy Brewer.

Born in his family home on West Southport, January 30, 1936. He was the first of three children born to Leslie and Dorothy Brewer.

Donald spent his life on Southport where he met and married Nora E. Tomer on April 15th 1961.

He was a lifelong commercial fisherman. He went Stop Seining, herring, lobstering, shrimping, tuna, ground fishing and anything else he could catch! He was also an avid Red Sox fan and loved his dog Sadie.

He was a member of the Maine Lobsterman’s Association.

In lieu of flowers donation can be made to:
www.boothbayregionmaritimefoundation.org
or Mail your donations to:
The Boothbay Region Maritime Foundation
P.O. Box 285 Boothbay, Harbor, ME 04538

A Celebration of Life and Boat Parade will be held on Sunday, May 16th at noon with a reception at Robinson’s Wharf to follow at 1:00pm.
Read Less

We encourage you to share your most beloved memories of Donald here, so that the family and other loved ones can always see it. You can upload cherished photographs, or share your favorite stories, and can even comment on those shared by others.

Posted Apr 28, 2021 at 11:37am
So very sorry to hear of Don's passing. He was always a kind hearted man. Wishing you all the very best during this difficult time. May you find a smile in the memories. Thinking of you all.
Comment Share
Share via:
AM 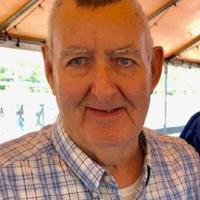