To share your memory on the wall of Benjamin Pitcher, sign in using one of the following options:

Benny was born on October 26, 1948 to Ernest and June Pitcher in Rockland, Maine. After graduating from Union High School in 196... Read More
Benjamin (Benny) L. Pitcher [72], of Sherman, ME, passed away unexpectedly at his home on February 3, 2021.

Benny was born on October 26, 1948 to Ernest and June Pitcher in Rockland, Maine. After graduating from Union High School in 1967, he enlisted in the US Marine Corp, served in Vietnam, and received the National Defense Service Medal, Vietnamese Service Medal, and Letter of Appreciation as a Rifle Sharpshooter. After being honorably discharged in 1972, he worked locally as a truck driver, and eventually became self-employed in the sand/loam/logging business in Washington, ME.

After retiring in 2005, Benny spent most of his spare time at his camp on St. Croix Lake in T-8 R-4, and later at his camp on 4th Lake in T-7 R-11, where he enjoyed fur trapping, fishing and hunting. He was a lifetime member of the Maine Trapper's Association (MTA) as well as a member of the Southern Aroostook Chapter of the MTA. His love for trapping was undaunted and his finished furs were perfection.

Benny is predeceased by his father, Ernest, and his mother, June (Cooley) Pitcher. He is survived by his wife and partner, Sharon, of 28 years, daughter Sarah Pitcher of Yarmouth, ME, son Travis Pitcher of San Francisco, CA, granddaughter Ella Hallett, of Yarmouth, ME., brothers Mark Pitcher of Fort Smith, AR, and Barry Pitcher of Washington, ME, sister Penny Guerin of Portland, ME, and many nieces and nephews.

A graveside service and memorial gathering will be held on Wednesday, May 12, 2021, at 1:00 PM at the Levensaler Cemetery on Rt. 126 in Washington, ME. In lieu of flowers, donations can be sent to The Maine Trappers Association c/o Linda Bridges, MTA Treasurer, P.O. Box 565, Kennebunk, ME 04043.

We encourage you to share your most beloved memories of Benjamin here, so that the family and other loved ones can always see it. You can upload cherished photographs, or share your favorite stories, and can even comment on those shared by others. 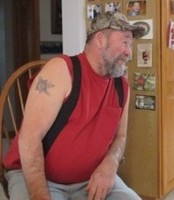