To share your memory on the wall of Lars Houtsma, sign in using one of the following options:

He was born April 21, 1958 in Arlington, Virginia, the son of Sara and
Garry Houtsma, and moved to Thomaston, ME when he was 15 years
old. He graduated from Georges Valley ... Read More
Lars Houtsma went home to the Lord on April 19, 2021

He was born April 21, 1958 in Arlington, Virginia, the son of Sara and
Garry Houtsma, and moved to Thomaston, ME when he was 15 years
old. He graduated from Georges Valley High School in 1977.

Lars wore many different hats during his life. He enjoyed tinkering
with mechanical things, and there was not an engine he couldn’t fix.
He had a passion for cars, motorcycles, and driving fast. It would
make him laugh to scare his sister with his driving antics.

Lars helped care for his mother and father in their later years. After
his parents passed, Lars took pride in presiding at the head of the
table, as the family patriarch, during holiday dinners. At Christmas
time his nieces would beg him to make, and look forward to, his
Christmas cookies and the all-time favorite saltines, caramel and
chocolate treats.

Lars enjoyed keeping his friends and loved ones up to date on coming
weather events, by tracking, reporting, and wishing safe travels, for
those having to drive in a snow storm. He missed his calling as a
meteorologist.

The Patriots were Lars’s team and he was a faithful fan. He also liked
70’s classic Christmas movies, and would call to let us know when they
were playing on television, so we wouldn’t miss them. Albert Finney’s
Scrooge was his favorite. In his later years, with his white beard and
hair, children would approach Lars with their Christmas wishes, and
he was happy to play the part.

Lars was pre-deceased by his parents, Garry and Sara Houtsma, and
will be remembered by his sister, Cinda Schulberg, nephew Kyle
Schulberg (Deming), nieces Cinda Fish (Tyler) and Bethany Schulberg,
along with great nieces and nephews, Sara, Evelyn, Hugh and Alan,
friends Carmen Lavertu, Bill Robinson, and Megan Lambert.

Hall Funeral Home and Cremation Services of Thomaston has care of the
arrangements. To extend online condolences visit Lar’s Book of Memories
at hallfuneralhomes.com
Read Less

We encourage you to share your most beloved memories of Lars here, so that the family and other loved ones can always see it. You can upload cherished photographs, or share your favorite stories, and can even comment on those shared by others.

5 trees were planted in the memory of Lars Houtsma

Posted Apr 21, 2021 at 10:06am
I met Lars in 2018 and we became fast friends. We would message each other almost everyday and had video chats all the time. We had so much fun when we met.
There is now a huge void in my life that I don't think will ever be replaced.
My condolences go to his sister Cindy and to all who loved him.
Rest well my dear friend my heart is overwhelmed and broken.
Comment Share
Share via:
DX

Posted Apr 21, 2021 at 08:50am
I am Lars's daughter (Mary) and I had been trying to get in touch with him. If anyone would like to reach me please find me on social media (Døctor Xcelsior on Facebook, @thabomb_dotcom on Instagram/twitter) or Gmail doctorxcelsior@gmail.com I hope my father knew how much I loved him and I know he is somewhere great right now and still knows how much I love him.
Comment Share
Share via: 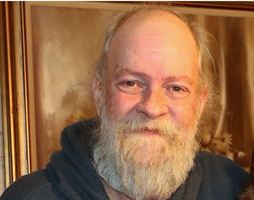