To share your memory on the wall of Robert Marshall, sign in using one of the following options:

Print
Robert T. Marshall, 88 of Southport Island, ME., formerly of Yarmouth, ME., passed away peacefully on May 8, 2021.

Robert grew up in Portland, the son of John and Evelyne Marshall. He graduated from Deering High School and the Univers... Read More
Robert T. Marshall, 88 of Southport Island, ME., formerly of Yarmouth, ME., passed away peacefully on May 8, 2021.

Robert grew up in Portland, the son of John and Evelyne Marshall. He graduated from Deering High School and the University of Maine in Orono. He was a proud member of Sigma Chi. He retired as Vice President of J.J. Nissen Baking Company in Portland, ME.

He was well known in the boating circles, he captained his boat CYGNET from Waterloo, New York to Casco Bay. The coast of Maine continued to be his cruising area. He was a Commander of the Casco Bay Power Squadron, a member of Wawenock Power Squadron, and a Past Commodore of the Down East Yacht Club.

Robert is survived by his wife Joyce Swan Marshall.

Contributions to a charity of your choice may be made in memory of Robert.
Read Less

Posted May 11, 2021 at 02:54pm
Bob's quiet humor and witticisms never failed to bring a chuckle (often with some discreet eye-rolling) and that's what many of us shall miss the most. My heartfelt condolences to Joyce.
Comment Share
Share via:
JA

Posted May 11, 2021 at 08:05am
My condolences to the Marshall family. Bob was always a fair man in contract negotiations with my union and he will be missed. Rest in Peace Sir.
Comment Share
Share via:
A

Posted May 10, 2021 at 04:18pm
We were so sadden to hear of Bob,s passing. Our thoughts and prayers to Joyce, we have many fond memories to remember him. Bill and Anne George
Comment Share
Share via: 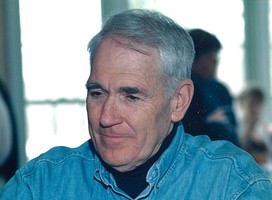