To share your memory on the wall of Robert Stover, sign in using one of the following options:

Print
Robert A. Stover went to be with the Lord on May 18, 2021. Bob died peacefully at home surrounded by his family. He was born on December 8, 1937 in Boothbay Harbor, ME.

He was a graduate of Waldoboro High School.

Bob retir... Read More
Robert A. Stover went to be with the Lord on May 18, 2021. Bob died peacefully at home surrounded by his family. He was born on December 8, 1937 in Boothbay Harbor, ME.

He was a graduate of Waldoboro High School.

Bob retired from Bath Iron Works after 32 years as a ship fitter and safety instructor. He was a member of the First Baptist Church of Waldoboro and former Deacon. During his time with the Church, he was also an original member of the Family of God singers.

Bob had many hobbies over the years. He was a Master Craftsman and artist as well as a wonderful guitar player. He was an avid outdoorsman who enjoyed hunting and fishing. Later in his life Bob enjoyed camping.

Bob was predeceased by his parents, Walter J. Stover and Marion I. (Waltz) Toms, his wives Wilma G. (Freeman) Stover and Joan (Esancy) Stover and his sister Yvonne Gallagher.

The family will hold a private funeral for Robert.

Posted May 28, 2021 at 02:21pm
My loving sympathy to all of dear Bob's family. He was a true gentleman in the best sense of the word - kind, caring, and compassionate. I have wonderful memories of Bob singing in our Waldoboro home, accompanying himself on the guitar. And what a craftsman he was ! He was a kind neighbor, always ready to lend a hand if needed. Blessings on his gentle spirit. Jane Biscoe
Comment Share
Share via:
MS

Posted May 21, 2021 at 05:16pm
Uncle Bob I'm so glad I met you when I came up to Maine. The time we spent together wasn't as long as I would have wanted to be. But the impact of your presence and the conversations we had will last a lifetime. I will never forget you. Uncle Bob you are in my thoughts and prayers.🙏🙏🙏love Melody
Comment Share
Share via: 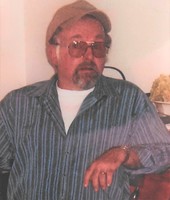