To share your memory on the wall of William Maloney, sign in using one of the following options:

The family moved from New York to Vermont following the death of Billy’s father in 1971.
Billy grew up in Dorset, VT and attended the Dorset School before going to North Country
School in Lake Placid, NY where he graduated in 1979. Billy continued on to
Northfield Mount Hermon School where he graduated in 1983 and then attended
the University of Vermont.

Billy had many interests. His work ranged from dairy farming and gardening to
logging and forestry and many in things in between. Billy worked in the ski
industry for over 15 years where he taught and coached alpine and freestyle
snowboarding. He was the assistant coach to the US junior national team from
1997-1998 taking them to the Junior World Championships in Switzerland.  Billy
received his certification in coastal navigation from the Ocean Masters Sailing
Academy.

In 2001, Billy completed a firefighter training with the National Wildfire
Coordinating Group. Billy loved flying planes and worked at the Rutland airport.
For the last seven years Billy worked with lobsterman Justin Thompson of the
“Ruthless” in Port Clyde, Maine where he was affectionately known as “Cow
Farmer.”

Billy is survived by his mother, the Hon. Ellen Holmes Maloney and step-father of
40 years, John F. Ezell, of Dorset, VT; his sister, Virginia Maloney Wilkins
“Missy” of Walpole, NH, nephew William and niece Caitlin. Also important to Billy
were his uncles, aunts and cousins with whom he shared many happy
adventures. To the core Billy was a kind, empathetic helper.
He genuinely enjoyed looking out for both people and animals and
will be missed by many.

A celebration of Billy’s life will be held on Horse Point Road in Port Clyde, ME
with the community welcome at 3:00pm on June 17, 2021.

In lieu of flowers, donations may be made in Billy’s name to Neighbor to
Neighbor of St. George, PO Box 172 Tenants Harbor, ME 04860 or WERU
Community Radio, PO Box 170 East Orland, ME 04431,or Port Clyde Baptist
Church, or a charity of your choice.

The family also suggests that a “Cans not Cards” campaign would suitably honor
Billy. Instead of sending a card, please donate a can(s) to the St. George
Community Cupboard. Cans may be left with your name, if you like, at the Port
Clyde Baptist Church.

Posted May 28, 2021 at 03:00pm
Oh Billy, you had the most amazing smile. You were so generous, loving. Thank you for being you, for sharing you laughs, love, adventures.

3 trees were planted in the memory of William Maloney

Posted Jun 16, 2021 at 09:31am
Billy was our son Adam's snow board coach. He was a great coach and friend to our family. One Easter morning, my husband went to our chicken house to gather eggs,, To our surprise, the "Easter Bunny" had filled our nests with colored eggs.. !! Later, we would learn that the "Easter Bunny" was Billy. It sure gave us a special Easter, Billy was special too,, a bit wild, but had a great heart and we will miss him and are glad to have had him in our lives. Rest in peace Billy. Tom & Jeanie Petraska & family
Comment Share
Share via:
DO

Posted Jun 05, 2021 at 10:13am
I am so sad that Bill/Farmer is no longer with us. He was the most genuinely kind and caring gentleman I have had the pleasure of meeting. I, St George, and the world are better for Bill having been with us.
A huge loss to those who loved him, a hole in my heart for the little time I knew him.
My hope is that he was at a peaceful place when he left.
Comment Share
Share via:
SM

Posted Jun 05, 2021 at 07:30am
Dear Ellen and John and family,
Anita and I were both saddened to hear the news concerning Billy. It is always hard to lose a loved one. Knowing the both of you, we know that Billy was loved. We just want you to know that this part of your Canadian family sends our condolences and our love.
Anita and Skip
Comment Share
Share via:
GM

Posted Jun 01, 2021 at 08:00am
Billy Baloney Maloney aka Farmer left us with an aching heart and a tear in our eyes. He also
left this world with a lesson on how to Love each other and embrace each day as no one else can. So many stories to share. Like the time my son cast his fishing pole into the Lake and before it had made it to the bottom Billy was head first after it. When he surfaced with the fishing rod in hand and that contagious smile beaming eyes, again he saved the day and left a memory we’ll never forget. RIP my friend.
Gifford Maytham
Comment Share
Share via: 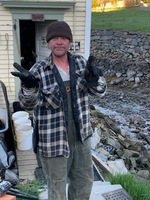 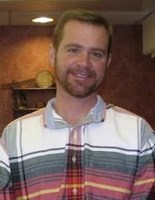