To share your memory on the wall of Wayne Clark, sign in using one of the following options:

Print
Wayne Clark, fondly known as “Uncle Wayne”, passed away on May 18, 2021 at Central Maine Medical Center in Lewiston.

He was born on September 3, 1960 to Patricia (Carr) and Gary Clark in Boothbay Harbor, Maine.
Wayne grew up... Read More
Wayne Clark, fondly known as “Uncle Wayne”, passed away on May 18, 2021 at Central Maine Medical Center in Lewiston.

He was born on September 3, 1960 to Patricia (Carr) and Gary Clark in Boothbay Harbor, Maine.
Wayne grew up and attended schools in Bath and Columbia Falls, Maine where he was raised.

Wayne had a special place in his heart for his grandchildren and great grandchildren. He will always be remembered by his special smile, his caring heart and his warm embrace.

Wayne was predeceased by his wife Theresa Clark, his brother James Clark and sister Rebecca Brown.

A graveside service will be held on Thursday, June 17, 2021 at 11:00 a.m. at Evergreen Cemetery on Barters Island Road, Boothbay, Maine.
Read Less 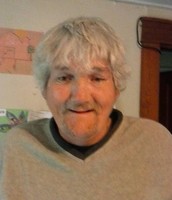