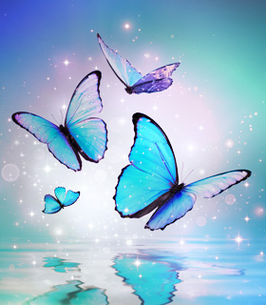 On September 11, Ellie Day, our beloved mother and grandmother, died peacefully in her Damariscotta Lake home – just where she wanted to be. As in keeping with her fierce and independent nature, she insisted on writing her own obituary. So, without edit, here are the words she wanted write and how she wanted to be remembered:

I am writing my own obituary during the COVID 19 pandemic because as an old lady of 81 I am vulnerable to not having a good result should I contract it. And, I don't want my three great kids, John, Laurel and Matt to be in charge of describing all my virtues. They know too much and were instructed at a young age never to lie!

I was born in St. Stephen, New Brunswick, on August 7, 1939, when my parents who lived in Cambridge Massachusetts were vacationing at my grandparents' farm in Robbinston, Maine. I spent every summer there until I was 14 when my father passed away. My happiest childhood memories were there. Both of grandparents, Mary and William Bibber were dentists in Eastport Maine and I had great times in the laboratory of the dental office eating sardines and watching them craft dentures.

I was brought up in Arlington, Massachusetts, and graduated from Arlington High School in 1957. I guess I was a Drama Queen at any early age - and still manage to take on that persona when necessary. I was voted Best Actress in the class and was given the opportunity to study drama in college, but my Scottish mother, to whom I was apparently quite a challenge, said that an actress was not a noble career for a young lady and instead I attended Katharine Gibbs School in Boston to learn how to be a proper lady and fine secretary. I graduated in 1959 with less than the best grades, but I always got good jobs. Somehow my acting skill must have helped me get them.

During the summer of 1958 I was the hostess in a hotel restaurant in Ocean Park, Maine, where my roommate arranged my introduction to an amazing guy at the University of Maine in Orono and my life was changed forever. John Day and I fell deeply in love and married in 1960. That's when my best life began.
Together we lived in several states following John's career as an engineer and plant manager and along the way restored every house we lived in and owned several businesses. But best of all we had three children who have made their parents proud in so many ways and given us another generation of four grandkids who are talented and exhibit all the fine attributes that make them good citizens of the world.

During all the 59 years of my marriage I was blessed by a husband who encouraged me to find myself and seek satisfaction in volunteer work. And what experiences I had! I started out as a Cub Scout Den Mother when our first child was two years old.

Our first home was in Manchester-by-the Sea, Massachusetts where we lived for 13 years. We bought a house that needed many updates John found his pleasure and pride in restoring it with several additions and my first foray into interior decorating.

I also learned how to sheet rock and drive a loaded wheelbarrow; sometimes with a kid as a passenger. Those were wonderful years in a small town with lots of friends and a wonderful sandy beach.

After 13 years, John's career took us on a new geographical adventure to Pasadena, Maryland, on the banks of Chesapeake Bay; whole new wondrous environment where we had a small cruising boat and took weekend trips to other ports on the Chesapeake. After a couple of years I was intrigued when I saw an article about the Baltimore Zoo recruiting guides to work with inner city school kids. I always loved working with young folks and watching their eyes light up when they are learning something and actually liking it! I volunteered there for three years until we made our next move to a new life in the country.

After four years on the Bay I was the force that wanted a change from the nautical to the agricultural. My grandparents’ farm in Robbinston, Maine, had been the scene of my most cherished childhood memories. Fortunately, my understanding husband went along with my dream, and we bought a wonderful brick 1899 farmhouse on 13 acres which was about to be bulldozed. It had great potential and after the family's work, the authentic restoration earned a place on the National Register of Historic places in the state of Maryland. The whole family worked and had all the pleasures of country life with wonderful experiences and learning in 4H the skills of showing beef cattle and Western horsemanship events. As a result of that experience I was hired as a homemaking columnist, and volunteered with the American Soybean Association to present soybean oil at cooking demonstrations in many venues on the Delmarva peninsula and on local television.
As my break from wallpapering and wood stripping, I joined the Carroll County Historical Society in Westminster, Maryland, because history had always been a great curiosity and interest to me. After developing a presentation for visiting school kids I was hired as Museum Educator.

After 13 years on the farm, John wanted to fulfill his dream of owning a business and with the three kids off on their own we bought Colby Hill Inn; a sixteen-room inn with a restaurant. The last year on the farm, John and I took several inn-keeping courses and I went to culinary school in Bethesda, Maryland to hone my restaurant knowledge. We sold the inn after ten years and moved to one of my favorite places in Midcoast Maine. We opened a country gift shop and later John used his engineering and graphic art talent to become an engraver, and we both grew to know many more community folks there. In Damariscotta, one my favorite volunteer jobs was working with developmentally challenged women at Mobius.

We bought a beautiful lot on Damariscotta Lake and John designed a wonderful house for our retirement in which we had the we had the good fortune to share for twenty years before John's passing.

While I loved all the house restoration and raising the kids, I had learned that volunteering in the community was a gratifying type of work. It is through those experiences that I developed a feeling of great satisfaction with the relationships I made and the hardworking people I met. I learned that not getting paid can be very profitable in a person's life!

I love all my kids who have been very thoughtful and supportive of me and the sweet grandchildren, Tim, Sam, Hugo, and Maggie, who have brought so much happiness and love to me. Having family members who are so wonderful is the frosting on my cake!

The family will be holding a private celebration of life at a later time. In lieu of flowers, her family asks that donations be made to Mobius, 319 Main Street, Damariscotta, Maine 04543 (mobiusinc.org)