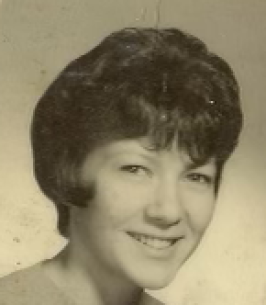 JoAnn married Larry Luce on November 27, 1964, having four children together. They raised their children in Union, Maine before moving to Washington, Maine in 1997.

JoAnn was a wonderful mother, grandmother, great-grandmother, and friend. She was always there if anyone needed. She had many friends and was well-loved by the community.

JoAnn was passionate about her faith. She was a committed member of the Washington Village Church in Washington. She was invested in serving her community, annually volunteering at the polling stations in Union and Washington.

JoAnn was proud to have founded and operated the Come Spring Café in Union before retiring. There, her welcoming personality and excellent culinary skills comforted many hungry patrons. In her free time, JoAnn enjoyed going to auctions, baking, and hosting her extended family for lobster feeds, pig roasts, and Christmas celebrations.

JoAnn unconditionally loved her children and grandchildren. She was the center and anchor of her big, beautiful family, supporting them through their highs, lows, and everything in between. She was “like a mom” to countless friends of her children and cooked for everyone who visited her home.

She was unselfish to a fault, often overlooking her own needs to care for others. She fiercely defended those that she loved.

Hall's of Waldoboro has care of the arrangements. To extend online condolences visit their Book of Memories at www.hallfuneralhomes.com.