To share your memory on the wall of John O\'Neill, sign in using one of the following options:

Print
John O’Neill passed away in his beloved home at 86 Blueberry Lane in Friendship, ME on October 19, 2019, at the age of 93 years.

John was born in Somerville, Massachusetts on November 25, 1925, the eldest of three children. After gradu... Read More
John O’Neill passed away in his beloved home at 86 Blueberry Lane in Friendship, ME on October 19, 2019, at the age of 93 years.

John was born in Somerville, Massachusetts on November 25, 1925, the eldest of three children. After graduating from his local high school, he enlisted in the Navy, serving for two years as Radio Man Second Class at the end of WWII. He returned to Massachusetts after the war to study at Massachusetts College of Art, where he met his wife, the former Joan F. Swanson. They were married on May 24, 1953, beginning a happy life together that would last for the next 66 years.

John received a Bachelor of Arts degree from MassArt and later a Master of Education degree from Tufts University. While he was a talented artist, he often remarked that an artist’s life was too lonely and devoted his career to art education. He taught art at Weeks Junior High School in Newton, MA for thirty years, during which he and Joan raised their four daughters in nearby Wayland.

Over the course of his career, John could always be found involved in home-building and furniture design projects, enlisting the family (or most of them) in the building of a summer home from the ground up on Blueberry Lane. A decade or so later, John and Joan” retired” to Friendship, where they began a second life devoted to their passions – home-building and cabinet-making for him and painting for her. Houses
throughout the area are graced with his remarkable skill and design eye as a cabinet-maker and designer. John variously enlarged, modified and tinkered with the house on Blueberry Lane until the end of his days.

John will be forever fondly remembered by his wife Joan, and their four daughters – Karin Russian of Milton, MA, Claudia Miller of Burlington, VT, Cheryl O’Neill of Washington, DC and Diane Weinflash of Scottsdale, AZ, and his eight grandchildren – Alex and Bradly Russian, Nikki and Jack Miller, Annemarie and Catherine Bell, and David and Joshua Weinflash.

Service information will be announced at a later date.

Print
A private family gathering will be held at a later date.

Posted Oct 24, 2019 at 04:27pm
I will always remember John and his wife Joan as two of my favorite customers I had the pleasure of working with during my Banking career. We chatted about many of his interests, including his woodworking and playing the links at Sheepscot. My condolences to Joan and the family. Take good care, Judy Brogden
Comment Share
Share via: 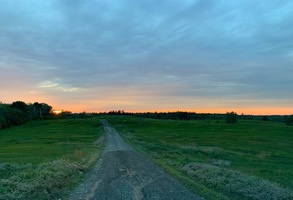 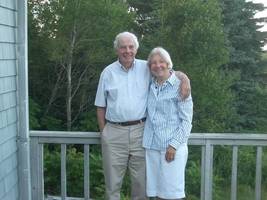